Strong women are the antidote to endemic male violence of the Ray Rice sort. 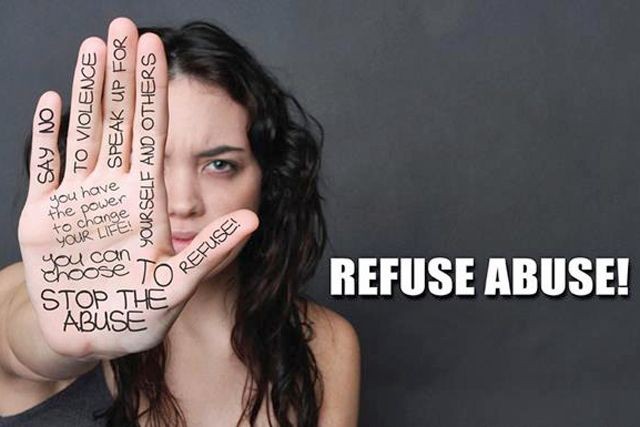 When each of my daughters reached second grade, I taught them how to make a fist. And deliver a punch. Thumb curled on the outside, wrist firm, knuckles forward. Drive with your shoulder. They’d seen plenty of Spider-Man cartoons and read their share of Wonder Woman comic books. They knew what a punch was. But they needed to know how to deliver one. I let each of them treat my open right palm like the Green Goblin’s snarling face. The sting felt good.

I’ve held off writing about the Ray Rice affair (and the Adrian Peterson affair, for that matter), hoping to deliver some thoughts with emotion removed from my delivery. I’ve been married to the same woman for 20 years. I’m the father of two daughters. My only sibling is a woman.

Seeing what Rice did to his then-fiancee in an elevator last February made nerves fire that I don’t often access. Janay Palmer being dragged from that elevator by Rice — the coward clueless how to handle his now-public atrocity — elicited thoughts I don’t often allow to dance in my brain. But those nerves continue to fire, and those thoughts dance randomly, especially when I look at my wife and daughters and consider the three most valuable elements of my life.

First, the disheartening reality of domestic abuse: it’s near us all. An abused woman lives a short drive from your home, whether you know her or not, whether you know she’s abused or not. Violence is pervasive, in one form or another. Has been since the first troglodyte wielded the first club. For the majority of human beings who refrain from lashing out with a fist, knife, or gun, this is a grim, cynical view. Domestic violence can be stopped. It’s our responsibility to make sure it’s stopped. And now.

We can shine light, though, on the atrocity. And this is where, irony of ironies, we have the NFL to thank. I’ll venture to guess that the security camera that caught Rice delivering his infamous left hook captured at least one more violent act on that very same Atlantic City elevator last February. And a few more since. How many of those were picked up by TMZ, though, and shared for the world to see?

Had Rice been a contractor from Hoboken accompanying his girlfriend for a casino date, would sports columnists near and far be considering — and writing about — the severity of domestic violence in our world today? The NFL, for good or ill, is a looking-glass for modern American culture.

Those who represent the NFL “Shield” become highly glorified lab rats, capable of lifting spirits on a visit to a children’s hospital, and capable of the same dark breakdowns that fracture families in our own neighborhoods.

Neither of my daughters has delivered a punch to date. My hope is that they never will. Honestly, if they find themselves in a situation where that first punch is required, I’ll have larger concerns as their father. (Knowing modern gun culture for what it is, I’d be the last person to recommend a woman striking her abuser until it’s her last chance for survival.) But having a sense of their own strength, their own toughness, is a component of my daughters’ character I consider important for the days I’m not around.

Women of strength, one at a time, are the antidote to domestic violence. These women know how to make a fist, and they will know when it’s time to leave.