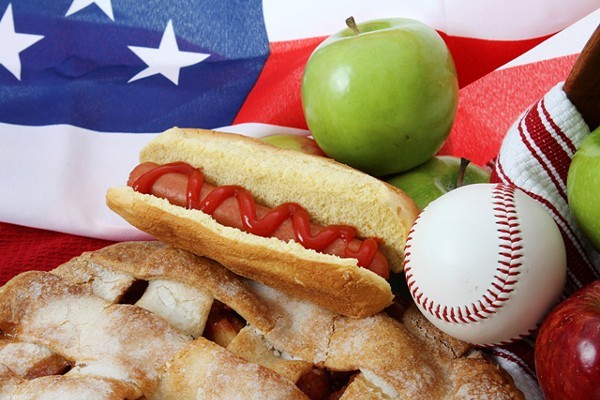 A sports column is no place to get political. This being campaign season, though, allow me to dip a toe in the vote-gathering waters. My support, you see, is up for grabs. I won’t plant a Donald Trump sign. (He lost me when he killed the USFL. Haven’t listened to him since.) And Hillary Clinton needs to improve those “likability” numbers (at least in my living room) to earn my vote. But there is a way a presidential candidate — any candidate but Trump, really — could pull me in. Just add National Baseball Day to the platform.

The stretch between Labor Day and Thanksgiving — three long months — screams for a national holiday. A real holiday, with schools and businesses (most of them, anyway) closed, a national pause from the daily grind as days shorten and temperatures drop. Not only would National Baseball Day nicely interrupt this drought, but America would also finally have a holiday celebrating what this country does best: spectator sports.

Here’s how it would work. On the day Game 1 of the World Series is played — typically a Tuesday — Americans stay home in honor of this nation’s original pastime. No one plays like Americans. Entire industries are devoted to recreation. Finally, National Baseball Day would allow us to celebrate these healthy instincts.

The game would begin at 3 p.m. Eastern, allowing every child from Portland, Maine, to Portland, Oregon, to see every pitch, hit, stolen base, and strikeout if he or she so chooses. Using modern technology, families split across time zones could fire up their computers or smart phones and share in the exploits of the latest World Series hero. Families and friends would have some extra bonding time built around a baseball game. Imagine that.

Not a baseball fan? This holiday is for you, too. No viewing required. Enjoy a picnic with your family (if you live in a warm region). Or catch a movie you haven’t had time to see. Better yet, open that thick book you’ve been meaning to read, but “never have the time.” The idea is to relish a day of leisure, courtesy of baseball.

The TV fat cats will be the hardest to budge. (The last daytime World Series game was played in 1987, and it was indoors, under the roof of the abominable Metrodome.) Upwards of $200 million in ad revenue will go into the FOX coffers, depending on how long the Series goes. Why mess with such a golden goose? Well, why not consider the possibilities — revenue-wise — if a Series game is broadcast as the centerpiece of a national holiday? With entire families viewing, not simply that 25-45 male demographic considered most precious. Seems the Super Bowl broadcast has found its way to profitability, with kickoff in the late afternoon on a Sunday. Why must World Series games end after midnight in New York City?

My daughters are now old enough (16 and 13) to stay up past bedtime to see a World Series game completed. But their interest is based largely on stories I’ve shared from years their little bodies needed sleep more than the pageantry of the seventh-inning stretch. (I woke up one of my daughters when David Freese delivered his epic game-tying triple for the Cardinals in the 2011 Fall Classic. Bless her heart, she didn’t remember being awoken the next morning.) Keep reading the stories of how baseball is dying, how kids are losing interest in a game that’s “too slow” for the modern attention span. Then check the start times for the sport’s most important, compelling, talked-about games. These are related.

The time has come, ye presidential hopefuls, for National Baseball Day. Consider my vote a free agent, ready to sign.