2016 will be a year of change in Memphis sports. Just as 2015 was, and 2014 the year before. If there’s a single, unifying reason any of us turn to sports on a daily basis, it’s the mystery of what’s to come. The changes happening — often in dramatic fashion — between serial tweets and highlights. A basketball game (or football game, or tennis match . . .) has long been the best reality show on television. The only thing consistent with sports prognosticators (including yours truly) is how much we get wrong. Change is coming. 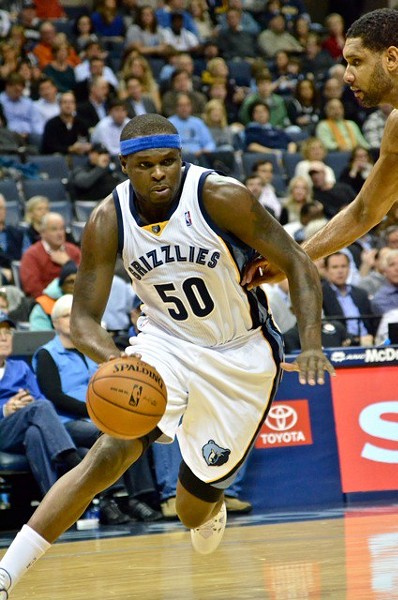 The Memphis Open is under new ownership (again). Kei Nishikori can’t possibly win a fourth straight title at the Racquet Club, can he? The FedEx St. Jude Classic has a new tournament director. Stephen Piscotty will open the next baseball season in the St. Louis Cardinals’ outfield, not that of the Memphis Redbirds. A year ago today, Austin Nichols and Nick King seemed like both the present and future of Memphis Tiger basketball. A year ago, we all wondered what more Justin Fuente and Paxton Lynch could give us. And few people on this side of the Mississippi River knew the name Mike Norvell. Change is coming.

The most significant change we’ll see this year on the local sports landscape? I’m convinced it will be with the roster of the Memphis Grizzlies, and I don’t mean the kind of change that yields Brandan Wright or subtracts Kosta Koufos. This is the year we could see the Beatles break up.

The Grizzlies’ version of the Fab Four — Marc Gasol, Mike Conley, Zach Randolph, and Tony Allen — is playing its sixth season as a band, aiming for a sixth playoff appearance, and roughly six millionth smile generated in the Mid-South. Particularly in the modern NBA, such a run is epochal. Tim Duncan, Tony Parker, and Manu Ginobili have set a standard for teammates by playing 14 seasons together (and winning four championships) in San Antonio. But who is their Ringo Starr? Bruce Bowen? Kawhi Leonard? (It’s actually their coach, Gregg Popovich.)

One of the greatest foursomes in NBA history was the one that took the Boston Celtics to four straight Finals in the 1980s. Larry Bird, Kevin McHale, Robert Parish, and Dennis Johnson played seven seasons together, merely one more than the current Griz quartet have enjoyed. But that was an era when stars like Parish and McHale, let alone superstars like Bird, ignored the siren calls of free agency. It didn’t hurt, of course, to be contending for the Larry O’Brien Trophy every spring.

Allen turns 34 this month and has one more season ($5.5 million) on his contract with Memphis. Randolph turns 35 in July and likewise has one more year ($10.3 million) under contract with the Grizzlies. The franchise’s career games leader, Conley, will be a free agent. Since Gasol re-signed with Memphis last summer, the presumption has been his point guard will follow suit in the summer of ’16. Perhaps he will, and perhaps the Grindfather and Z-Bo will come back for one more tour in 2016-17.

But be prepared for change. On January 1, 2015, the Grizzlies were 23-8 and heading toward what looked like the franchise’s first division title. Today, Memphis is 18-17, sixth overall in a weaker Western Conference. It’s a team that should reach the postseason, but is it a team that appears able to win a series? To win two and return to the conference finals?

Sentiment can be deadly, both in reality TV and sports. Teams that get old together inevitably lose together. In their last season as a band, that famed Celtics foursome blew a 2-0 lead and lost their first-round series (then a best-of-five) with New York in the 1990 playoffs.

Change is coming in 2016. How it impacts this city’s only big-league franchise remains to be seen. Let’s keep watching.