May 14, 2019
comment
University of Memphis athletic director Tom Bowen resigned Tuesday morning and will be replaced on an interim basis by Memphis attorney and longtime Tiger booster Allie Prescott. 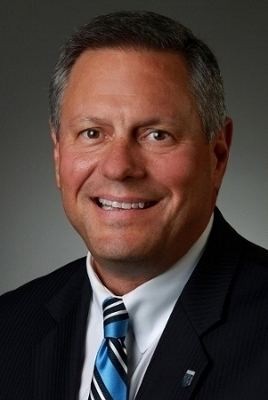 “I have made the decision to step down as director of athletics to pursue a new career opportunity,” said Bowen in a press release. “I know that the athletic program here at the University of Memphis will continue to achieve great success both in the classroom and on the fields and courts of competition. It has been my privilege to serve this University.”

The Tiger football program has reached new heights under Bowen's watch with Top 25 teams in both 2014 and 2017. A new indoor facility is under construction to help close the gap between Tiger football and the wealthier programs on nearby SEC campuses. In addition to football's growth, men's basketball is now housed in the Laurie-Walton Family Basketball Center and has experienced a resurgence (and top-five recruiting class) under second-year coach Anfernee "Penny" Hardaway. (Bowen took his share of criticism for hiring Hardaway's predecessor, Tubby Smith.) Tiger women's soccer and men's golf are current American Athletic Conference champions.

A longtime community leader, Prescott has been both president of Allie Prescott & Partners, LLC since 2002 and senior vice president of Waddell & Associates Inc. since 2007. An M Club Hall of Famer who was a three-year letterman in baseball from 1967-69, Prescott was an All-Missouri Valley Conference first baseman in 1969. He was the original president and general manager of the Memphis Redbirds upon the franchise's arrival in 1998.

“Allie Prescott is quintessential Memphis,” said U of M president David Rudd in the release. “Growing up as a Tiger, he has played a pivotal role in supporting the University of Memphis and the City of Memphis in his lifetime. Allie is the perfect person to lead Memphis Athletics in this transitional period. His diverse leadership background will help us continue the momentum as University of Memphis athletics continues its quest for preeminence.”

A Week of Unrest

The Funky Side of Protest: New Tracks From the Mighty Souls Brass Band

Never Seen It: Watching The Shining with Louise Page