July 15, 2019
comment
Quentin Tarantino likes Superman. A lot. There's a scene in his 2004 film, Kill Bill, Vol. 2, in which Bill (played by David Carradine) explains to Beatrix (Uma Thurman) the singular trait that makes Superman superior to all other costumed heroes. As Bill tells it, Batman wakes up every morning as Bruce Wayne. Spider-Man eats his breakfast as Peter Parker. Only Superman starts his day as the hero he truly is, forced to "costume" himself as a mere mortal, one of us all-too-frail humans, Clark Kent. 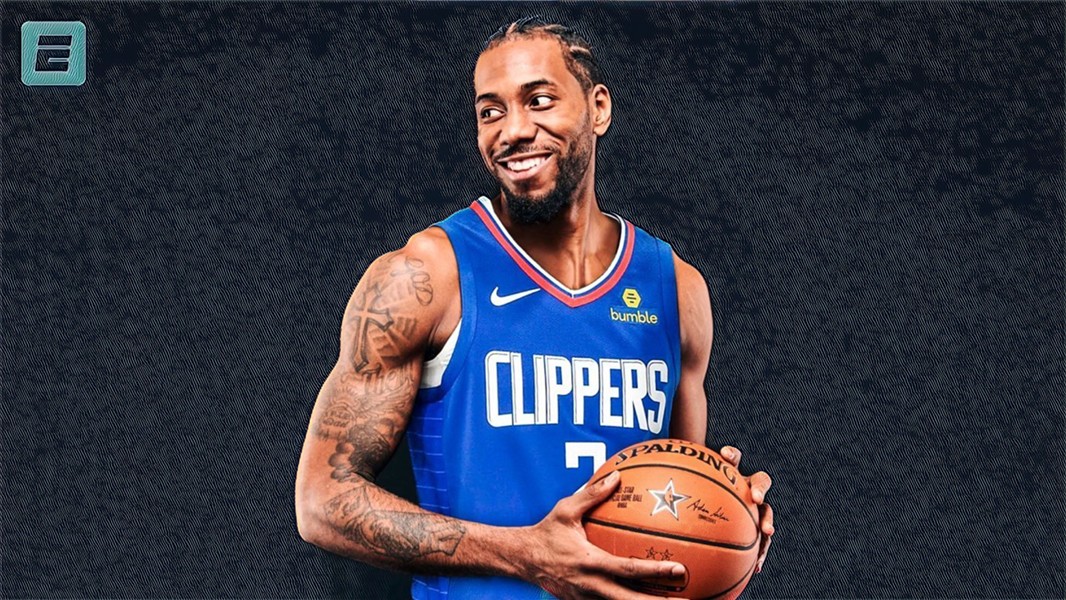 It occurred to me earlier this month that Tarantino must love the NBA. That's because the greatest basketball league on the planet has become a collection of supermen, players who shape the costumes, er, uniforms they wear far more than the teams — represented by those uniforms — shape them. Kawhi Leonard may have won the 2019 NBA championship without the Toronto Raptors (and their jersey on his back). There is no way the Raptors win the 2019 NBA championship without Leonard. Kawhi Leonard, in NBA terms, is a superman. And NBA championships are the reserve, almost exclusively, of basketball supermen.

Think about the NFL and its resident dynasty. Aside from Tom Brady (granted, a Thor in shoulder pads), those who don the helmet of the New England Patriots are interchangeable, yet the franchise has won three Super Bowls this decade after winning three the previous. They are Batman, and it doesn't matter who's wearing the utility belt. And baseball? Name three players who played for all three San Francisco Giant championship teams this decade. (Madison Bumgarner and Buster Posey are gimmes.) That franchise was a slick-fielding, pitching-strong Spider-Man. Check out Into the Spider-Verse if you think it matters who is wearing the web-shooters.

There was a time when NBA players became stars by making their team — one team, mind you — a dynasty. Think Bill Russell with the Boston Celtics, Magic Johnson with the Los Angeles Lakers, or Michael Jordan with the Chicago Bulls (twice). Those days predate flip phones, for crying out loud. In today's NBA, the superstars — supermen – decide where (and for whom) they'd like to win a championship. LeBron James couldn't get it done in Cleveland, so he took off for Miami (two titles). Kevin Durant won an MVP in Oklahoma City that he sweetly dedicated to his mother. But Mom couldn't help win a championship, so off to Oakland flew Durant, where he won two titles with Steph Curry and the Warriors. Cast off by San Antonio, despite credentials as a Finals MVP, Leonard won the same hardware in what would prove to be his only season in a Raptors uniform. You see, Kawhi Leonard wakes up as Kawhi Leonard ... every day.

At the end of each season, 15 players earn All-NBA recognition (five first-team, five second-team, and five third-team). No fewer than six of those players in 2019 changed teams earlier this month. Leonard is now an L.A. Clipper, along with former Thunder forward Paul George. Durant has taken his torn Achilles tendon to Brooklyn, where he'll join Kyrie Irving, making the Nets early (very early) favorites to win the Eastern Conference title in 2021. Kemba Walker departed Charlotte to replace Irving in Boston. And talk about Superman: Russell Westbrook — a man who has averaged a triple-double for three straight seasons — has joined forces with 2018 MVP James Harden in Houston. We might as well add new Laker Anthony Davis — not All-NBA this year, but three times a first-teamer — to this collection of supermen changing the color of their capes.

Is this Superman effect good for the NBA? That's in the eye of the beholder. An informal poll of my Twitter pals suggested a Grizzlies championship with a one-and-gone superstar (like Leonard in Toronto) is significantly preferable to a team of merely very good teammates leading a lengthy run of playoff appearances without a title. Basketball has become a player's league to the point that the jerseys they wear are merely incidental. Don't be offended if you see Clipper jerseys in FedExForum when L.A.'s "other team" visits next winter. No, those are Kawhi Leonard jerseys.

Perhaps Ja Morant will become an NBA superman. Maybe Jaren Jackson Jr. can leap a building in a single bound. When or if they bring a championship to Memphis, the color of their jersey will matter to those of us who call the Grizzlies our team. They alone know what it's like to wake up every day as Ja Morant and Triple-J. Until they bring that parade to Beale Street, though, consider them Clark Kents, blending — however uncomfortably — among the rest of professional basketball's mortal talents.