February 24, 2020
comment
If Major League Baseball commissioner Rob Manfred has his way, playoff teams will soon be able to select their opponent (among wild-card teams) as they compete for "the piece of metal" awarded to the club victorious in the World Series. Oh, and that Astros scandal? Look the other way. Ignore those guys behind the curtain, slamming trash cans.

If NFL commissioner Roger Goodell's wishes are granted, teams in his sport — designed to injure, even to cause brain damage — will soon play more games, both in the regular season and playoffs. But hey, kickoffs may be eliminated. So all you football parents out there, worry not.

These men don't have the best interests of their games in mind. They are serving their bosses — MLB and NFL owners — and taking steps, in their minds, toward more profitable business. And don't confuse profitable with popular. The idea of a team that finishes last in its NFL division playing in the Super Bowl is not popular. Anywhere.

There are ways to improve both sports. (Football is not going away, so I'll refrain from "Eliminate the NFL" as one measure.) Here are three steps that could be taken for each enterprise, with the interests of fans in mind. Imagine that. 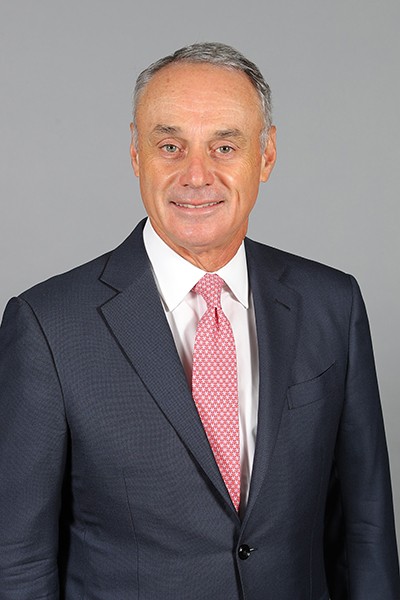 MLB
• Every Tuesday in July and August will be Family Night at MLB stadiums. There will be no ticket sold for more than $10 and no concession item will exceed $5. The idea of forking over $30 per ticket for a family of four to sit in the outfield's upper deck during "the dog days" of baseball's season is abhorrent. I'm merely proposing four or five of these discount nights per team. If it means the next superstar must sign a contract for only $200 million, so be it.
• The time has come for the designated hitter in the National League. My eyes well to consider this, even more so to write it, but modern attention spans don't allow for the creative batting order that features a pitcher. And I'll take this a radical next step: The DH should be allowed to bat in the ninth inning, regardless of whether his spot is due up. That's right: a "pinch-hitter" in a team's starting lineup. You like hitting, ye casual fan, we'll create more hitting.
• If you haven't read about National Baseball Day, welcome first-time reader. A midweek holiday to coincide with Game 1 of the World Series, with the first pitch at 3 p.m. Eastern. Imagine the entire country with the chance to share in the experience of a baseball game. And if the sport's not for you, enjoy your day off. It's the national pastime.

NFL
• Only two preseason "games" with tickets no higher than $10, and kids free. As things stand now, the NFL sells a fraudulent product every August, uniformed tryouts in which a small percentage of players who will actually compete for the Lombardi Trophy take the field. (But get this: Those in uniform still get injured!) Goodell's plan actually reduces the preseason schedule from four games to three . . . but only by adding a 17th regular-season game. (If we're gonna have players tear a knee in late-summer, by god, it's gonna be a starter!)
• Here's a radical change (be seated): Reduce the number of players a team can field from 11 to 10. The average weight of an offensive lineman today is over 310 pounds, 100 pounds larger than a blocker when the NFL began play a century ago. Human beings have outgrown the dimensions of the game. Reduce the number of players on the field and you'll see a shift in priority toward speed, with less emphasis on size. This won't eliminate catastrophic injury in the sport, but mark it down for a reduction.
• Reduce the number of divisions from eight to four (making a division title meaningful again). And eight teams make the playoffs (not twelve). Upsets don't happen in the NFL postseason. The vast majority of Super Bowl teams receive a bye in the first round for having posted one of the two best conference records. In our new system, all playoff teams will enjoy a bye week, to heal and recover. Seven playoff games instead of eleven will — get this — reduce injuries for players already damaged after four months of playing while still producing a legitimate champion. For the NFL also has a "piece of metal" to award.