On the Scene at On the Rocks

My pal Mary and I went to the inaugural “Memphis on the Rocks” on South Main last Thursday night. It is one of the many events that Kim Hill, of The City Taste, has cooked up to showcase Memphis food and beverages. And it benefited the YWCA. Hard to argue with that.

Of course, the obvious pitfall of a beer/wine/liquor sampling event is the likelihood of strutting in sober and kneewalking out. Fortunately, there were giant buckets of bottled water, and Kim informed us at the door that there were shuttles available to take people home. Also, there was plenty of food to balance out the drinking: platters donated by local restaurants like Pearl’s, Tug’s, Silly Goose, Central Barbecue, and various arrangements catered by Chef Robert Hayes. 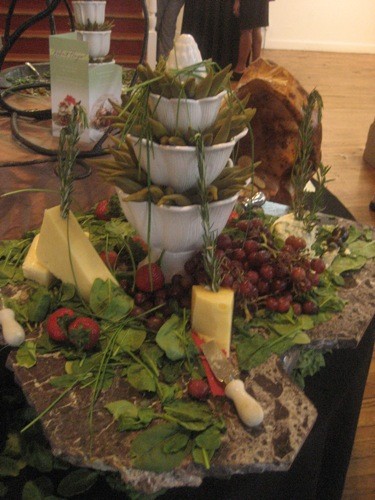 There were a variety of cheeses hiding in the grass:

Now on to the drinks! The sponsors were Southwestern and A.S. Barbaro, and they brought their newest products to the sampling. Downstairs there were a few wine samples and Ghost River Brewery, but the real magic was upstairs where wall-to-wall booths featured over 25 different concoctions. The vodka station was one of the most popular of the evening, featuring cotton candy vodka (a crowd-pleaser, says Kim), whipped vodka, and “Not Your Granny’s Lemonade” featuring Tito’s handmade vodka. There was even a chocolate vodka, mixed into a Peanut Butter Cup cocktail, which was surprisingly tasty: 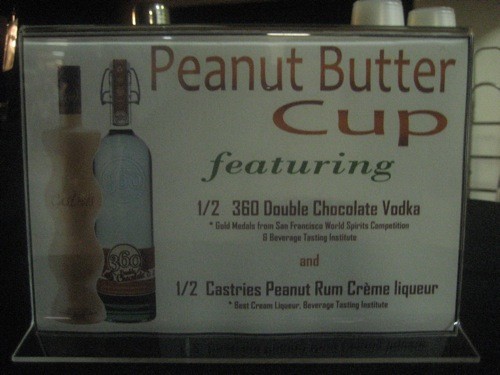 The tequila stations had Mexican Bombs, made of Sauza tequila and something called “Pimp Juice”: 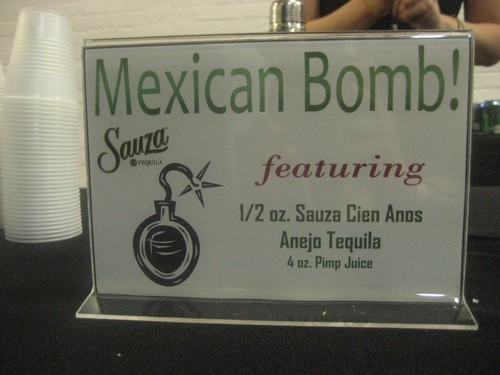 And my favorite, the frothy pink Tequila Rose:

If you weren’t able to make it out this year, don’t fret — Kim says this is only the first year of what she hope will be an annual event. Plus she’s got a number of other events lined up, including a similar sampling-style event in October called “The City Taste: Experience the Flavor.” Set for October 8th and 9th in Commerce Square, The City Taste will line up dishes from over fifty Memphis restaurants representing a wide variety of cuisines. There will be live music, wine tasting, beer tasting, cigar rolling, cooking demonstrations, a kid’s corner and more. Tickets are $10 and will be available for advance purchase or at the event.

So where did she get the idea for all of this? “I have a company called City Tasting Tours,” says Hill. “When people come in town, we solve the problem of finding a good place to eat. We’ll load them up on the shuttle van and take them around to seven different restaurants, and in the end they have coupons and directions to go back to those places. That’s where the idea first came from.”

Then when Hill heard about an event called “Nashville On the Rocks,” she decided something like that would work just as well in Memphis. Now Hill has a good start on tapping into Memphis’ food tourism industry, and we get to reap the benefits.