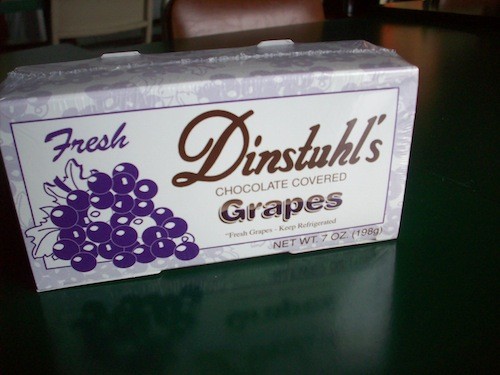 I had spotted the chocolate-covered grapes at Dinstuhl's some time back, and, honestly, the candies didn't sound too good to me. But, I was intrigued enough to finally pick up a box.

The grapes, covered in milk chocolate, are quite juicy. And while I liked them, I would probably go for one Dinstuhl's other treats like the fabulous cashew crunch.

Two of my coworkers were crazy about them, though. They declared them better than both chocolate-covered strawberries and cherries.

Said one, "It's what you wanted it to be but didn't think it could be."