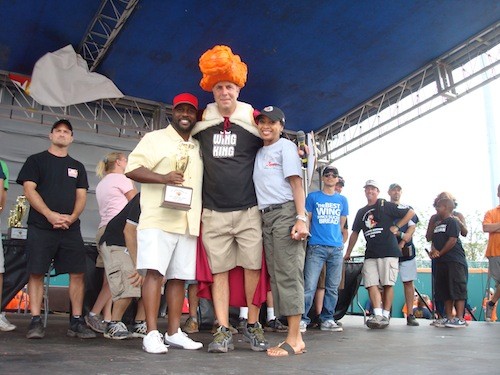 In their first year to compete, D'bo's won first place in the "Creative Sweet" category.

The National Buffalo Wing Festival, an invitational in Buffalo, New York, draws around 30 restaurants to compete in seven sauce categories. (There are several amateur contests as well.)

"It is the big thing for the wing industry," says Boyd.

D'bo's winning entry is not a sauce, nor is it sweet. It's the dry rub for their seasoned wings. The rub was originally created for kids as an alternative to D'bo's hot sauce.

So what's so special about the seasoned wings?