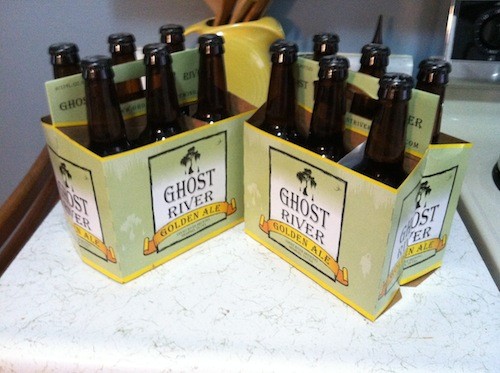 You can now get Ghost River Golden Ale in a bottle. They began selling them yesterday — $7/six pack or $24/case for short fills — from their dock at 827 S. Main. Distribution is expected to begin next week.

In other news Boscos Squared is hosting an Oktoberfest Brewmaster's Dinner on Tuesday, October 18th.

With so many beer events going on this weekend, there’s little doubt that some of us might need some help easing out way into the work week. The generous bunch from Boscos Squared provided just that.

*Beers are Subject to Change*