So first off, I need to preface this whole thing by confessing that this write-up for both events is more than overdue. I could say that I’ve been letting my stomach and liver settle from last weekend’s festivities, but that’s not true...not entirely, anyway.

There’s already a lot of reviews of last week’s Cooper-Young Regional Beer Fest out there (all overwhelmingly positive, by the way....and you can go ahead and count this as another one). As you probably already know, the C-Y beer fest stands apart from others in that it exclusively features local and regional breweries (within a day’s drive)—which, in this part of the country, means it’s relatively small. And that’s by no means a bad thing...something to work on, perhaps, but certainly not bad. 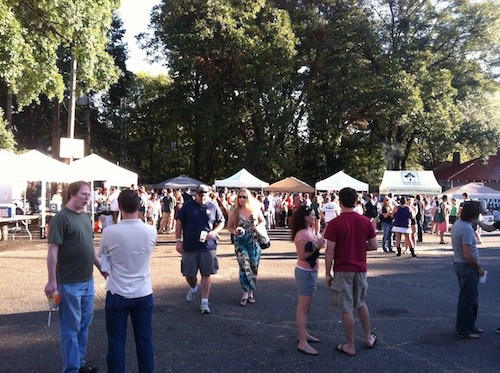 Breweries present included our very own Ghost River, Boscos, the Bluff City Brewers and the homebrewing gents from fuzzybrew.com to those hailing from as far away as Asheville, NC (French Broad, Asheville Brewing Company, and Green Man), as well as Louisiana (the very impressive Bayou Tech).

I haven’t been to too many beer festivals in the past, but there’s something about this one that puts it leaps and bounds above any other beer fest I’ve had the pleasure to attend: the spirit of the thing. And this is where the the festival’s small size really shines. The entire afternoon was extremely relaxed: no long lines, seemingly no over-intoxication, and there was a real sense that everyone there was present to try new things, learn about the brewing process, and support the community and craft beer.

Ashby and rest of the crew running the show encouraged attendees to explore the offerings and talk to the brewers, and this was especially obvious in the “Beer Tent Revival.” This was stationed in a corner of the festival grounds (the Lifelink Church parking lot) dedicated to beer education. Brewers from Yazoo, Schlafly, Bayou Tech, and Ghost River as well as Southwestern Distributing's Michael Barziazza, discussed topics ranging from how cask conditioned beers differ from keg-conditioned beers to the history of beer in Tennessee. Ghost River’s Chuck Skypeck took the tent’s name to heart, and led those crowded inside the tent on an all-out revival (hallelujah!).

Some of the beers that stood out to me were Boscos’ Harvest Hop Ale (currently offered at Boscos Squared), a pale ale brewed with whole hops shipped directly to the brewpub from the hop fields.

Just about everything from Bayou Teche out of Arnaudville, LA was fantastic, particularly their Boucanee (a cherrywood smoked wheat beer). These guys don’t yet distribute to Memphis, but from what I hear, all those interested need to do is just hop the border into Mississippi, and find yourself a liquor store.

Yazoo Sue (an imperial smoked porter that weighs in at 9% a.b.v. which can be found at Joe’s Wines, Busters, and probably most other local liquor stores that sell beer) and their cask conditioned dry-hopped pale ale were both incredible.

Everything I tried from the homebrewers from the Bluff City Brewers and Fuzzybrew.com was delicious. Two of my favorites were the Rye Saison (a twist on the traditional Belgian/French farmhouse style ale) and the Black Pepper Bacon Stout (do I really need to say more on this one?).

All around, an amazing day, and I'm already looking forward to next year.

A five course meal, six glasses of freshly brewed beer, and Mr. Chuck Skypeck on hand to guide the way...all for $50? Don’t mind if I do!

I’m going to let the photos do most of the talking on this one, but before I do, I’d just like to say that the next time Boscos hosts one of these dinners, go. Just go. The pairings on each dish (not to mention the food itself) were sublime, and Chuck Skypeck visited each table as each new dish was served, providing background information on the beer, food, and the ways they interact on the palate.

The aperitif was their Hop Harvest Ale, which I mentioned above. Despite the name, this beer's not terribly bitter, and it's closer to a pale ale than an I.P.A. 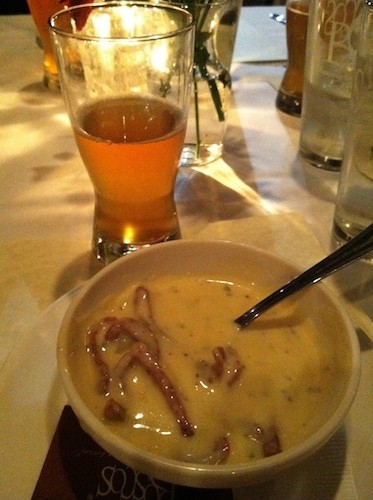 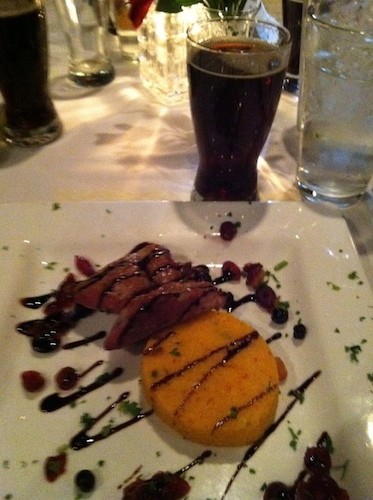 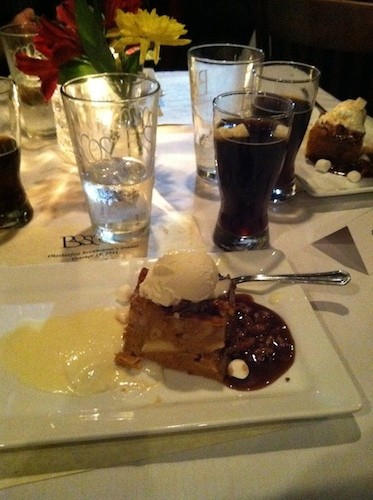