It's relatively rare that I'm near a Swanky's Taco Shop at lunchtime. Such was the case last Wednesday, and I took advantage of it.

While there is a regular menu, I've never not gotten the build-your-own burrito (about $7.50 for a veggie). 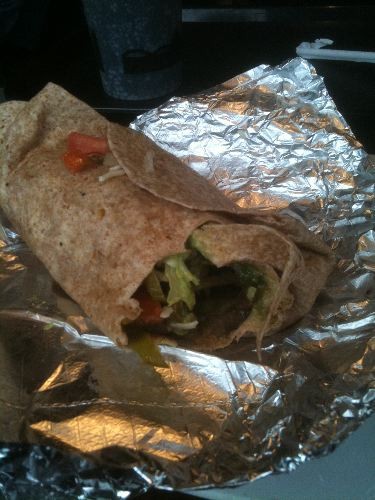 My issue with the build-your-own ... I want everything, and given that there are generally people waiting behind me, I feel pressure to blurt out any combo whatsoever without any real thought.

In any case, it's got to be impossible to mess this up. I had mixed vegetables, beans, hot sauce, guacamole, cheese. The veggies included what I think was a snow pea(!). 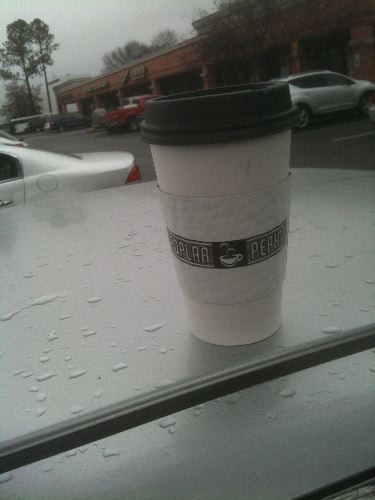 They serve up one fine latte, just the thing for a drizzly, chilly day.

I also noted the sign touting the bacon mocha. 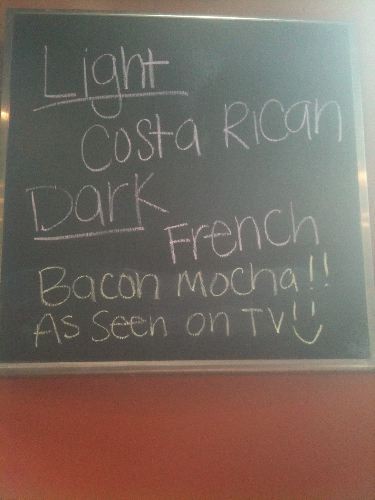 It's made with a bacon-flavored syrup. I did not try it, but Eat Local Memphis did.