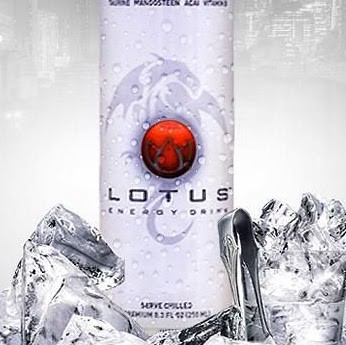 On Friday, March 23rd, from 6 to 9 p.m., there will be a launch party for Lotus Energy Drink at bleu in the downtown Westin.

Lotus was created by Nashville-based siblings Jay and Thomas Umboh and Li Jackson and was introduced to the Nashville market a couple years ago. For help in getting the drink into Memphis and beyond, the trio approached Lennard James.

James is the CFO of Enzo Entertainment. His business is concert promotions, not food & beverage.

But the gear-shifting didn't faze James. "I can sell peanuts to an elephant," he says.

Lotus is made in Austria, home of the daddy-of-'em-all energy drinks Red Bull. James says that there are a few things that sets Lotus apart from Red Bull.

One is that it actually tastes good. (And it does.) Lotus is floral and citrus-y, as opposed to a syrup-y cherry, and is being touted as an ideal mixer for cocktails.

Another difference lies in the approach to marketing. Red Bull has fostered a sort of daredevil image. Lotus is going for more of an every day, lifestyle tack with its tagline "What drives you."

"It gives you the drive to complete your day," James says, comparing it to getting a cup coffee from Starbucks in the morning. "It's there for what your next move is going to be."

At Friday's launch party, there will be the Lotus "Drangel" girls offering samples. Dancing with Fire will provide entertainment, as will jazz musician Dennis Adams. Vegas showgirls will be on hand for photo ops.

Lotus is currently being served at such downtown restaurants as Onix, Brass Door, bleu, and Cafe Soul. Next week, says James, he'll be promoting the drink to restaurants from downtown to Collierville. Beyond that, he's taking it to Atlanta and is planning on having the beverage at a fashion show in New York later in the year.