Contests: It's All Baloney ... and Ice Cream Too

About a year ago, I did a post about baloney boats and tweeted out the link, which led to a small flurry of responses. When I said I had no idea, one Twitter friend, said, "Oh, honey, there's a whole world of baloney out there. " 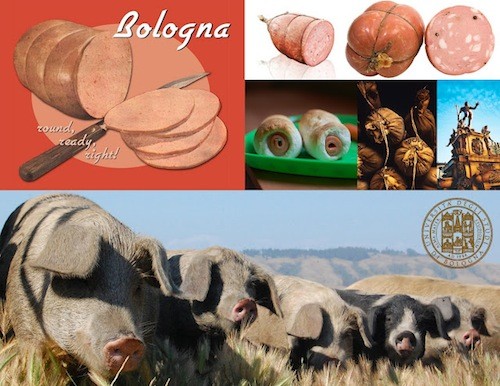 Among the many, many features of the Cochon Heritage BBQ, happening in Memphis on Labor Day weekend, is the Best Bologna Contest.

Contestants make the baloney ahead and then ship it to Memphis, where it will be judged by a panel of chefs. There will be a "people's choice" winner chosen as well.

My favorite detail about the contest is about the judging process: "All bologna will be sliced by an electric carving knife and served on [1] piece of Wonder Bread. Guests will have the option to add Duke's Mayonnaise or Mustard."

Read all about the Heritage BBQ in this week's Food News by Hannah Sayle. It will be in the issue hitting the stands on Wednesday.

The Ronald McDonald House's Big Scoop Ice Cream Festival is September 29th at AutoZone Park, and this marks its 18th year. One new element to the annual fund-raiser is the home-made ice cream contest.

Teams of three compete for Best Homemade Ice Cream, Best Presentation, and Most Unique Flavors. All ice cream will be made on-site and judged by a panel of three.

As Ronald McDonald House special events coordinator Keaton Frick was providing me with details, she received an email from someone volunteering themselves to judge.

Frick's own tastes in ice cream lean toward the classic mint chocolate chip, but, in any case, she says, "I don't turn down ice cream."

For more information and to register, go here.