After a long night of boozing it up on bourbon (and bologna!) the Cochon caravan traveled to Sweet Grass Next Door in Cooper Young for a mid-morning Bloody Mary Tailgate. There, some Cochon 5.55Kers took off running around the neighborhood while the rest of us gorged on bloody marys, oysters, and Benton's bacon. While I don't want to speculate on who got the better deal in this situation, I think it's clear we — burp — got the better deal in this situation. 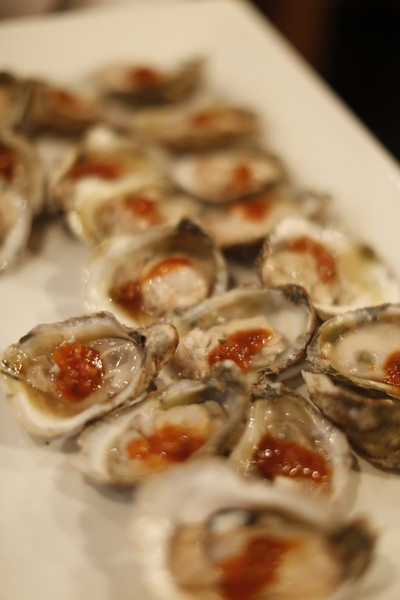 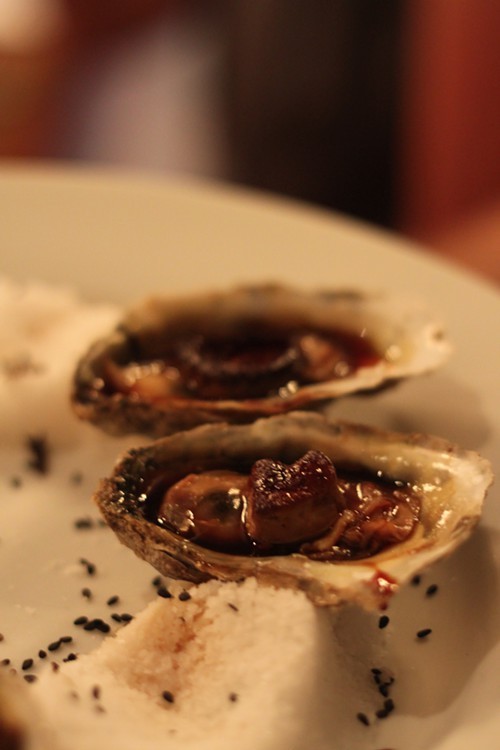 But the feasting certainly didn't end there. We returned to Sweet Grass about six hours later for a pop-up restaurant by Boston chefs Jamie Bissonnette and Will Gilsan, and Sweet Grass' very own Ryan Trimm.

The dishes were served family style, a steady stream of tastings for the whole table, and paired with Anchor brews and Elk Cove wines, and a tasty gin fizz (with a hint of celery bitters to keep things interesting and not too sweet.)

It was a porky prelude to Sunday's competition day, best enjoyed inside and away from Hurricane Isaac's after-dinner downpour.