Contrary evidence comes in the form of All American's strawberry cake, a favorite that boasts a pound strawberries. Ditto for the season-perfect pumpkin cupcakes and the coconut cake and the caramel cake and ... 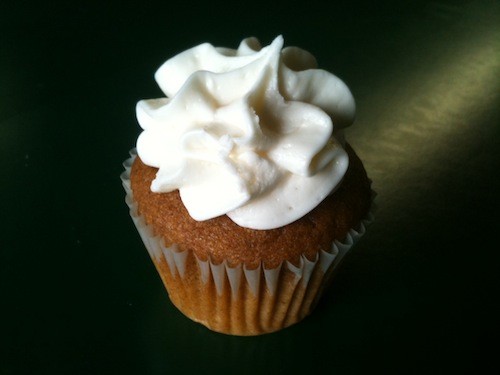 Kloos' point is that he started out dealing with more savory matters. He came to Memphis from St. Louis to work at Yia Yia's and then moved on Fleming's.

But, Kloos wanted to build something of his own, and he wanted to involve his parents, Bill and Lynne, who moved from Arizona to work on the endeavor.

And, so All American Sweets, which was launched in 2004.

All American cakes are served at a number of restaurants in town — Jim's Place, Mesquite Chop House, Luchessi's, Sole Fish, and Russo's among them. Kloos says by the end of the year the number of cakes they've sold will be around 7,000.

Those interested in buying from All American Sweets directly can call to place an order to be picked up the following day. Cakes run $35.

They also make custom-designed cakes for weddings and special events by order.

When they were just beginning, Kloos remembers he and folks saying, "Hey, we have all these great family recipes." Then they realized they weren't that great.

Kloos' father is an engineer and took to re-engineering the recipes. He studied the science of baking — what makes a cake moist, what makes it tender, etc.

The studying paid off. "You're not going to find a moister cake," says Kloos.