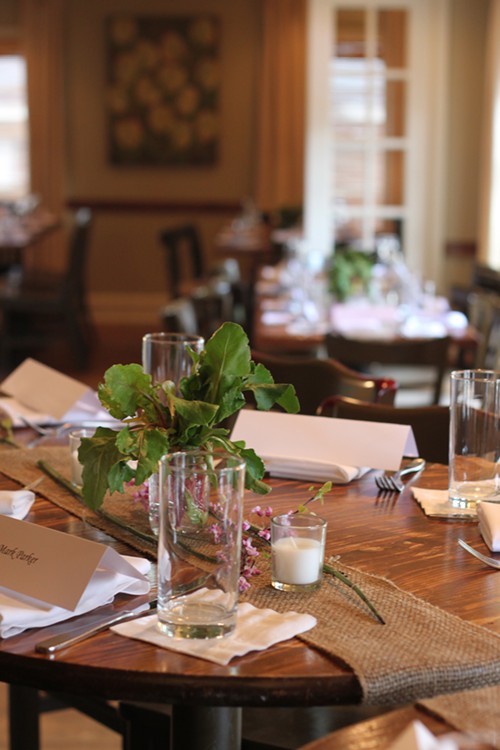 While Andrew Michael Italian Kitchen was hosting the prestigious Friends of Beard Dinner on Sunday, sister restaurant Hog & Hominy was preparing to give sneak peeks of its next project — a new dive bar on its back patio.

The theme of the evening was "Know Your Food, Know Your Roots," an exploration of hometown, ancestry, or childhood inspirations. And while the prep work was a fascinating display of some of the country's best chefs buzzing around the Andrew-Michael kitchen, the actual dinner cost $300 a person, effectively pricing out this writer. (Proceeds went to support the James Beard Foundation, whose mission is to "celebrate, nurture, and preserve America’s diverse culinary heritage and future.") 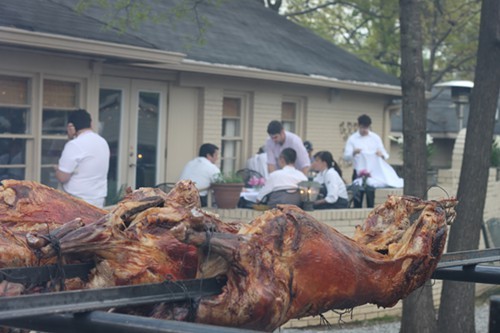 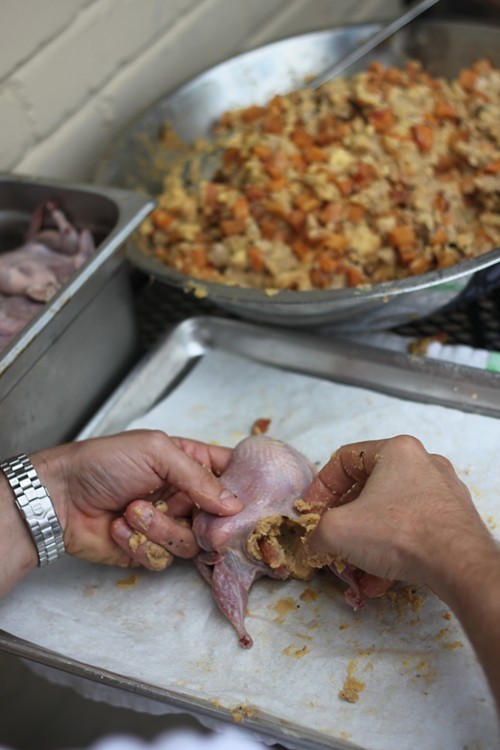 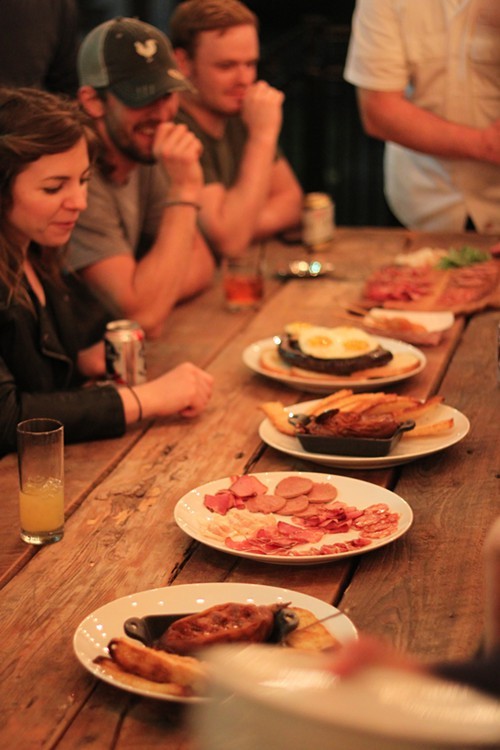 But I was able to return once the Friends of Beard Dinner wound down, when the chefs and some of the guests moseyed on over to Hog and Hominy to get a taste of what Ticer and Hudman have been working on for the past couple of years since Andrew Michael opened. I hung out by the open kitchen, drinking an Old Fashioned and sneaking little tastes of things, which is how I found out about what Ticer and Hudman have planned for the back patio of Hog & Hominy.

What was formerly a fairly lackluster patio is already being transformed into a side concept for the restaurant: A no-frills dive bar with a seriously pared down menu. There, surrounded by distressed wood and corrugated steel, patrons will suck down oysters on the half-shell, boiled peanuts, cheap beer, and the J.T. Burger — Ticer and Hudman's homage to Oxford's ambassador of Southern cuisine, John T. Edge.

(Hudman says he and Ticer have been working on perfecting this burger for a long time, settling on a classic cheeseburger with American cheese, onions caramelized into the patty, chopped lettuce dressed in pickle juice, tomato, mustard, and ketchup. The result is close-your-eyes-and-sigh good.)

And that's it: Three menu items, cans of Schlitz and Pabst, white and brown well liquors, and old records spinning in the background. Ticer and Hudman plan to close in the currently open-air space, adding large barn doors that will open in nice weather and stay shuttered for winter use. 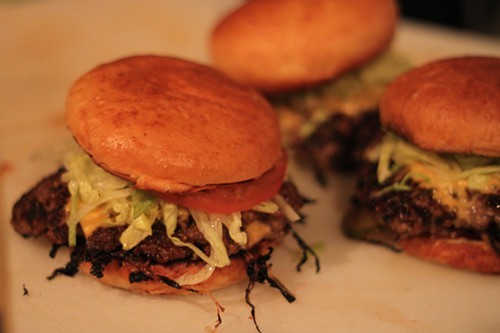 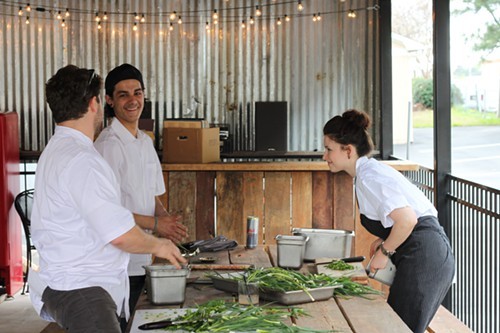 We can't wait for the idea to be fully realized, which should be happening in the coming months. In the meantime, next time you pop over to Hog and Hominy, stick your head out the back door and start imagining late night revelry and cheeseburgers. Don't forget the cheeseburgers.