The Art of the Barbecue Fest 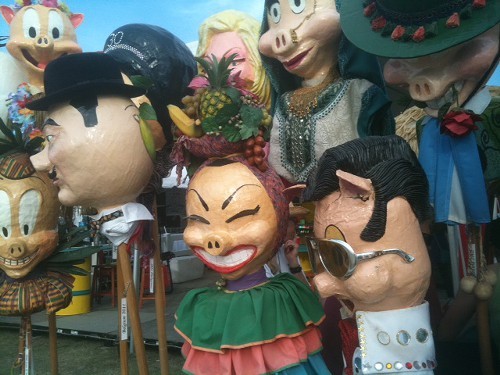 The Sow Luau barbecue team has been showing these paper mache globe-trotting pig-head totems for years. The pigs are made by Roberto Vazquez and dressed by his wife Susan. Each are elaborate affairs designed to recognize that year's Memphis In May honored country. (The Swedish pig had yet to be unveiled when this picture was taken.) 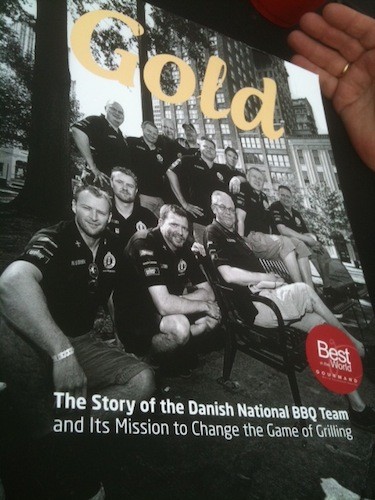 This massive, 400-page work is as much coffee-table book as it is cookbook, with gorgeous photography of up-scaled dishes (believe me, you will never see a prettier version of Beer-Can Chicken) as well as imaginatively shot profiles of team members and other BBQ notables such as Grand Champion Chris Lilly of Big Bob Gibson's.

Gold, which recently won a Gourmand Award at the Paris Cookbook Fair, is at the Danish National BBQ Team tent (RO52) .