Kroger's Croissant Donut Is NOT a Cronut

I report this news as a public service. The croissant donut, available at the Kroger on Union, is not the same thing as a Cronut, the donut-croissant hybrid that's sparked a craze (long lines outside the bakery! black market! TV appearances!). 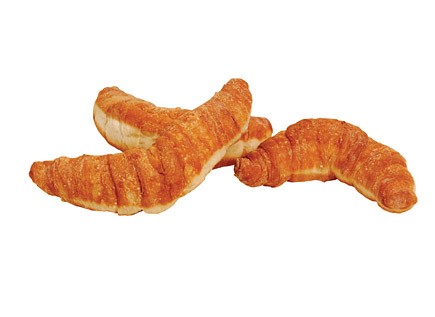 Indeed, the croissant donut is simply a donut shaped like a croissant. According to Linda England, of Kroger manufacturing, the donut is made by an outside party and has been available for the last 4 or 5 years. (It's up to individual stores whether or not to offer the item.)

England said she was not familiar with the cronut but was going to look into it, suggesting that it was not outside the realm of possibility that Kroger might try to concoct their own version.

(This is not a zero-sum situation ... in other words, there are croissant donuts at Kroger!)