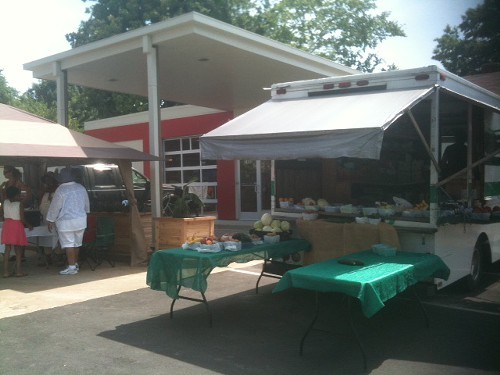 The South Memphis Farmers Market held a ribbon-cutting on Thursday morning to unveil its new facility.

An old fish market on the site where the market had been held at South Parkway and Mississippi has been transformed. Painted a smart tomato red and white, the building is divided into two sections. One side will house a 2,000-square-foot green grocery that they hope to have up and running in January. The other side is the 1,200-square-foot demonstration/education kitchen. 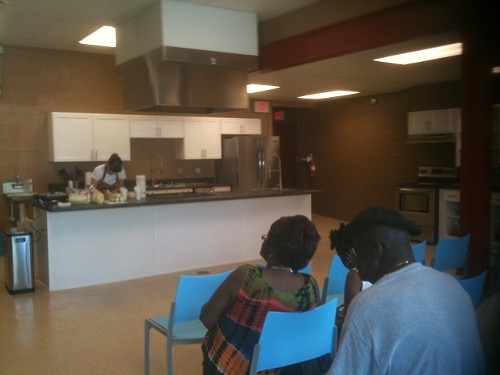 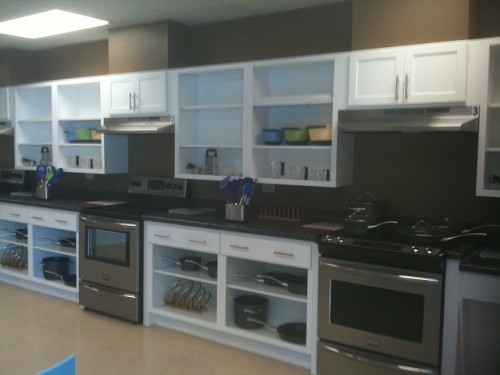 Curtis Thomas is deputy executive editor of The Works, which runs the market as part of its South Memphis Revitalization Action Plan. The grocery, he says, is designed to both address the food desert and to provide employment for South Memphis residents.

Farmers who have been market vendors will provide the produce for the grocery. The grocery will be open 6 days a week.

The kitchen side of the building has a large cooking/demo area at the back, with four small cooking stations along the south wall. There's a large monitor on the north wall that will show the demo area from overhead, allowing class-goers a better view of techniques.

Thomas says there will cooking demos and classes on market days. They also plan to have one-day classes as well as ongoing classes that will stretch for weeks. There will be cooking camps too. Some classes will be devoted to nutritional education.

Getting the old fish market into shape took 18 months. The grocery side, Thomas says, was divided into 7 rooms. The floor levels did not match.

"It's been a process," says Thomas of the building renovation," but we're delighted with the outcome."

The South Memphis Farmers Market, now in its fourth season, is open Thursdays from 10 a.m. to 6 p.m.