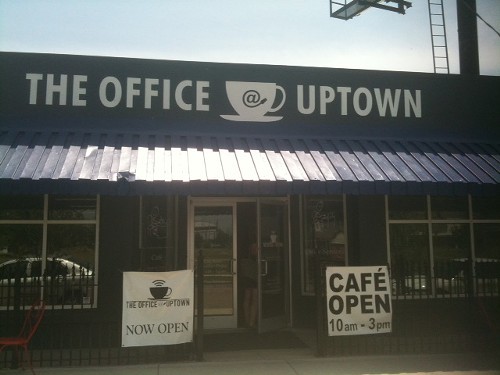 It was John Branston who suggested we check out the Office@Uptown Cafe, and since Branston knows best, we did.

Part of the business offers "office" resources — a meeting space, access to computers, scanners, copiers, etc. The cafe kitchen is in the back, with seating among those using the office services, with some tables outside. The setup is a little awkward, but nothing that should dissuade those looking for a fine lunch.

The menu is compact, offering 10 or so sandwiches or paninis, four salads, and a soup of the day. (Soup/salad or soup/sandwich combos available.) The emphasis here is on ingredients and execution.

Many of the sandwiches are named after the neighborhood, such as the Uptown Classic ($6.25), a panini with turkey breast, smoked cheddar cheese, fresh spinach, tomatoes, with chipotle mayo. It was declared to be exactly how a turkey sandwich should be. 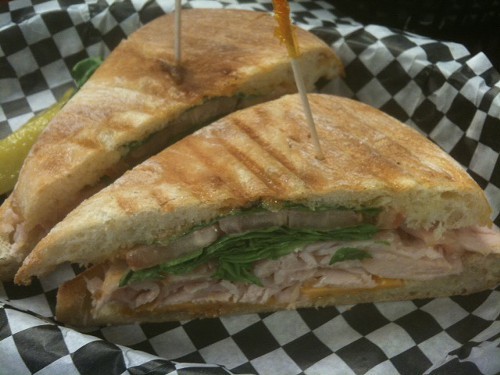 The Bearwater roast beef ($6.95) was much loved. What specifically?, I inquired. The bread, the meat, the cheese went the answer. That pretty much covers that. Paired with the sandwich was a cup of chicken tortilla soup ($2.95). 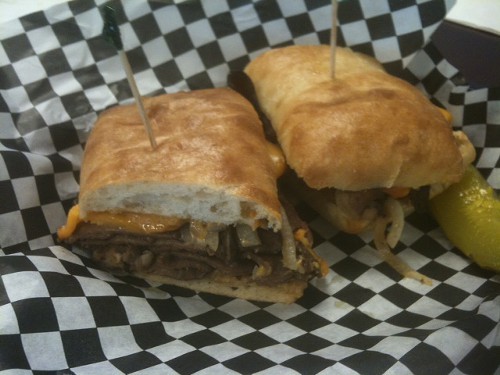 I ordered the Smokey City Melt ($5.25), a grilled cheese with smoked cheddar and choice of bread. It was very good, and I liked large slice of tomato tucked within the slice of cheese. I saved half for later, not always optimal for this sort of sandwich, but this one held up fine. 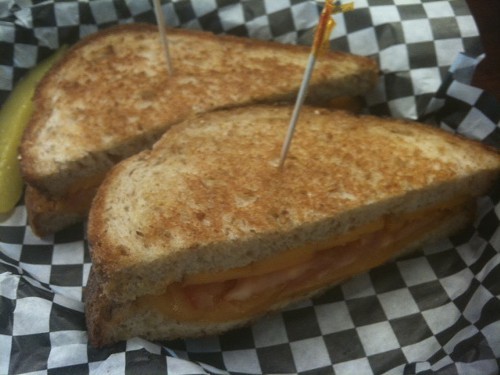 Other sandwiches include the North Memphis BLTA (the "a" is for avocado), the Bluff City Class club, pimento cheese, chicken and tuna salad. They also offer a veggie wrap and a veggie pizza.