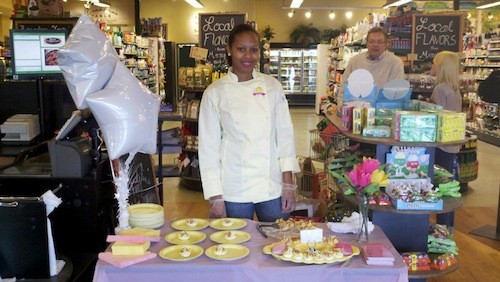 Sascha Parker, owner of Eggcellence, says she came to the deviled egg business via her office job.

For one of the office's frequent potlucks, she volunteered to bring deviled eggs. "But I didn't want to do just plain-old deviled eggs," she says. So, in addition to traditional deviled eggs, she brought a batch of BLT eggs, topped with tomato, bacon, and lettuce.

Her office workers went nuts for Parker's gussied up version of the traditional party treat, and that led to more deviled eggs with more imaginative toppings. Eventually, her coworkers began asking if they could buy them from her, and so Eggcellence was launched.

Parker sells several varieties of the eggs through myeggcellence.com and the business' Facebook page, as well as Miss Cordelia's on Harbor Town.

Eggcellence's lineup includes the traditional paprika-topped Classic Southern; the BBQ with chicken, barbecue sauce, and cabbage; the Hawaiian with pineapple and Teriyaki sauce-glazed spam; and the California with crab, cucumber, and avocado. 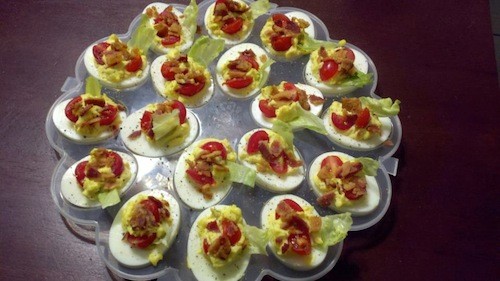 Parker says that she's always been a good cook and that creating the different products taps into her creative side. She's experimented with toppings, limiting them to three per egg, and she's figured out when eggs are best for boiling and how to peel them without the shell sticking (her tip is to run cold water over the eggs). She hand-mixes for the fluffiest filling and forgoes a piping bag.

Business has been brisk enough that Parker has enlisted her mother and a cousin to help her with making the eggs. Prices start from $7 for a half dozen for the Classic Southern to $35 for two dozen of her Mushroom & Caramelized Onion eggs. Delivery is available.

As for the name of the business, Parker admits that Eggcellence struck her as corny at first. But, she says, "Everybody would tell me my eggs were excellent."