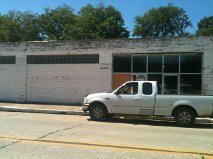 Trolley Stop Market owners, Keith and Jill Forrester, are working on a new restaurant in Tyronza, Arkansas, that will bring the flavors from their farm to the restaurant's tables just four miles away.

Work on the restaurant, called Tyboogie's Cafe, began in November 2012, according to its Facebook page. Progress has continued since then to remodel the former grocery store at 101 North Main Street.

"We are making tracks to get the restaurant open," read a Monday post. "We all hope you like country cookin' at its best!"

"A considerable" amount of the produce used in the dishes at Tyboogie's will be grown at Whitton Farms, the Forrester's farm, the post said. The same farm-to-table philosophy is the backbone of the Forrester's Trolley Stop Market in Memphis on Madison.

In addition to opening the restaurant, the Forresters plan to open their farm for public sales six days a week.