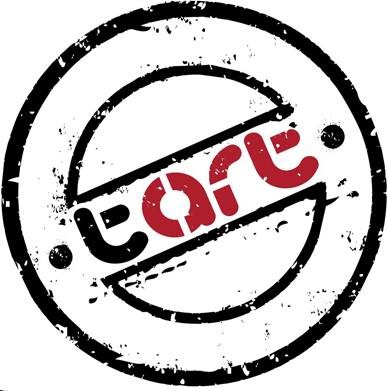 Heather Pike and Abby Jestis plan to open Tart in a converted duplex at 820 S. Cooper by the end of February.

For those who can’t wait, Tart will open its doors from 5 to 8 p.m. Thursday, February 13th, for a housewarming party with food, music, crowdfunding opportunities, door prizes, and an art exhibit with work by Mark Nowell, Mary Jo Karimnia, and Shea Colburn.

Operating under the tag line “taste the art,” the life partners, who have known each other nearly a decade, decided to combine their two ambitions into a single idea. (Jestis is a chef and Pike is a designer and art aficionado.)

“It’s difficult to calculate the concept into a single detail. There’s going to be so many,” Pike says. “The passion is the glue.

“The bottom line of Tart: This is a place for sharing passions. We’re going to share our passions. We’re trying to create an environment where other people can share their own passions.”

The food menu will be rustic French — hearty, but simple.

It will include items like ham and brie tartines, ratatouille, shrimp and avocado éclairs with a homemade cocktail sauce, croissants, doberge cake, and pralines.

The “baked eggs en brioche” will include two poached eggs baked inside a carved-out brioche roll topped with a slice of gruyère.

Tart will not offer brewed coffee, instead using a French press on the spot with some pre-made for customers on the run.

Pike’s design expertise led to folding tables (so they’re removable) and gallery-quality lighting. She stresses Tart is more than a café with some rotating art.

“We’re essentially treating the gallery aspect of it as a completely different identity,” Pike said. “I don’t want to denigrate any other place, but it feels a little more incidental. ‘Oh, yeah, we’ve got art on the wall.’ We’ll have specific gallery-opening events.”

One of Tart's most unique aspects, the CooperLoo Gallery, is a restroom that will serve as a walk-in art exhibit complete with its own address. It will open resembling the inside of a Japanese cookie tin, with bright and kooky Asian packaging.

Tart will even offer a monthly prize for the customer who posts the best bathroom “selfie” on Instagram (hashtag #tartbathroomselfie).

Tart still must pass a few inspections before an official opening, which should come in less than three weeks. But they’ve already held a “construction party” complete with a collaborative art piece created by attendees on one of the walls.