A Visit to 4 Dumplings 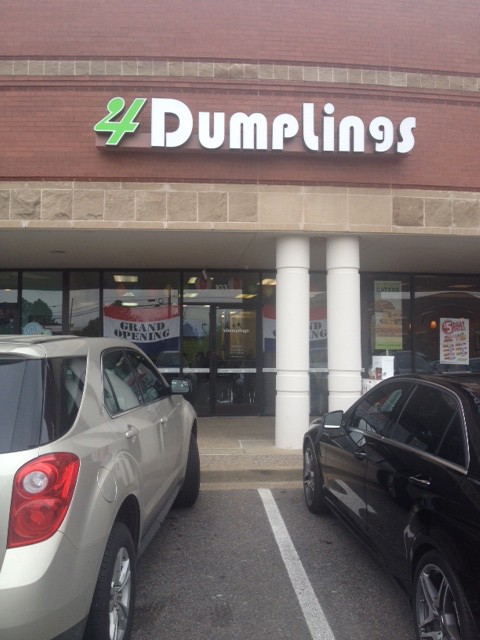 East Memphis has a new kind of Chinese restaurant with last month’s opening of 4 Dumplings next door to TCBY in the Poplar Court shopping center. As evidenced by its name, the restaurant specializes in dumplings, which are a staple of northern Chinese cuisine, and the regular menu (available Monday through Saturday) features four different varieties: pork, beef, shrimp, and vegan (which includes chick peas, tofu, and an assortment of shredded vegetables). One order ($8-$9.50) includes six dumplings and a side of Asian coleslaw. 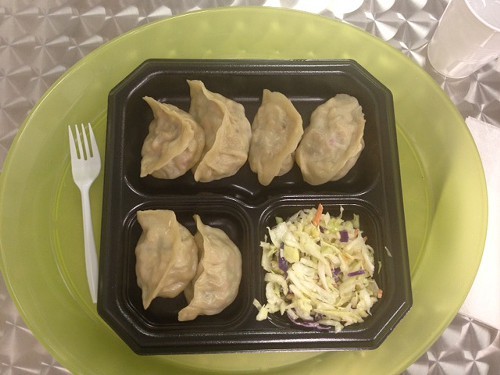 Sticking with its motto, “eat responsibly,” 4 Dumplings’ mission is to serve food that is “simply delicious and naturally healthy.” The dumplings are filled with two-thirds vegetables and one-third protein, and they are available either steamed or pan-seared. The restaurant does not serve any fried foods. In addition to the dumplings, the regular menu features meat ball soup and rice or noodle bowls with grilled chicken. The restaurant has a changing brunch menu every Sunday, which allows the chefs to experiment with other regional flavors and dishes.

I visited 4 dumplings on Monday night and ordered the vegan dumplings (pictured above). The steamed dumplings tasted fresh, and the filling had a nice seasoning that didn’t require me to use any additional sauce for flavor. The Asian coleslaw that accompanies the dumplings is simple, just shredded cabbage lightly tossed in what tasted like a sesame oil/vinegar blend, and the crunch is a nice accompaniment to the dumplings.

I also tried a piece of their Valentine’s cake, which Chef Gordon Wang created as a healthier dessert option for his customers who have to end their meal with something sweet (i.e. people like me). He halved the amount of sugar in the cake, and found a way to bake it by steaming, which keeps the cake moist while eliminating the need for butter or oil in the recipe. It was nice and fluffy.

The restaurant’s décor matches its no-frills menu; there’s an ordering counter, one refrigerator with drinks and desserts, and about 10 tables for patrons who are dining in. The restaurant is lined with bumper stickers reminding customers to “eat responsibly.”

Read the food feature from the February 13th issue of the Memphis Flyer to learn more about 4 Dumplings’ owners and food.