Two weeks ago, Paulette's introduced a vegetarian menu, with a revolving set of 3 or so dishes served on its lunch and dinner menus.

"We started it because people were asking about vegetarian items," says Paulette's owner George Falls. "We thought, 'Well, why not? Let's try." 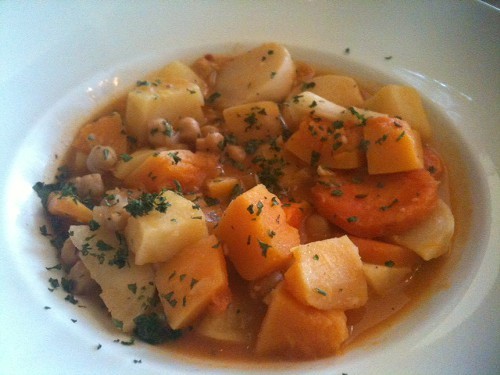 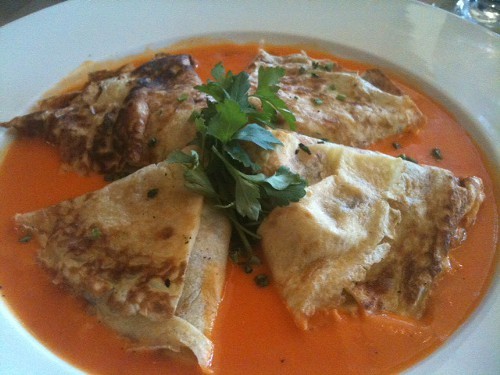 The stew is made with Yukon gold potatoes, butternut squash, carrots, and garbanzo beans and simmered in a vegetable broth with honey and cumin. The perfectly done crepes were filled with a finely diced mix of roasted eggplant, zucchini, carrots, and bell peppers and served in a pretty red pepper coulis. Both dishes are hearty but not so heavy as to knock you out the rest of the day.

Other items included in the revolving menu are a pot pie, quinoa stuffed peppers, and kale salad with red lentil cakes.

Falls says that they came up with the fare by studying cookbooks and talking to vegetarians. He gives a shout-out to Justin Fox Burks and Amy Lawrence and Southern Vegetarian cookbook.

Right now the menu is sort of in a testing phase. "We're going to switch up a bit," says Falls, "and find out, too, which ones people like the most."