If you walk down South Main, you may notice a new, striped awning in front of the old Corked Carrot space. Hm, you might think. I don’t remember hearing anything about a new restaurant there.

Chances are, you didn’t. About a month ago, with exactly zero fanfare, owners Milton and Cherie Lamb opened Café Pontotoc, a wine bar with a growing menu of small plates. Despite the quiet opening, it’s worth stopping by. Or at least, Meg Gavin thinks so.

“It’s great for a girls’ night out,” said Gavin. “I mean, they have wine on tap, what could be better than that?”

On a recent Thursday night, Gavin was celebrating her 29th birthday with about 12 of her friends. The women said they planned to see Steel Magnolias at the Orpheum, followed by a night out on the town. But first they were enjoying some 2013 Acrobat Rosé of Pinot Noir and a light supper at Café Pontotoc.

“There really aren’t a lot of places like this in Memphis,” said McRae Sutter, age 28. “Where it’s not like, you know, BEER. A place where you can sit and have a glass of wine and a good conversation.”

The steak tacos ($7 for two) were beautifully seasoned, wrapped in local corn tortillas with a zesty pico de gallo. And the Vietnamese spring rolls ($8) were refreshingly crisp, served with both hoisin sauce and chili garlic sauce.

Owner Milton Lamb is the first to admit that his menu is a little eclectic. But he says that’s not a bad thing—especially when nothing on the menu costs more than $9.

“I guess I would just say try the food,” Lamb says. “We picked these flavors because we think they go well together, so I’ll just let the food speak for itself.”

“Life is short, you know?” adds co-owner Cherie Lamb. “And you’ve got to take chances. So this is the chance we’re taking.” 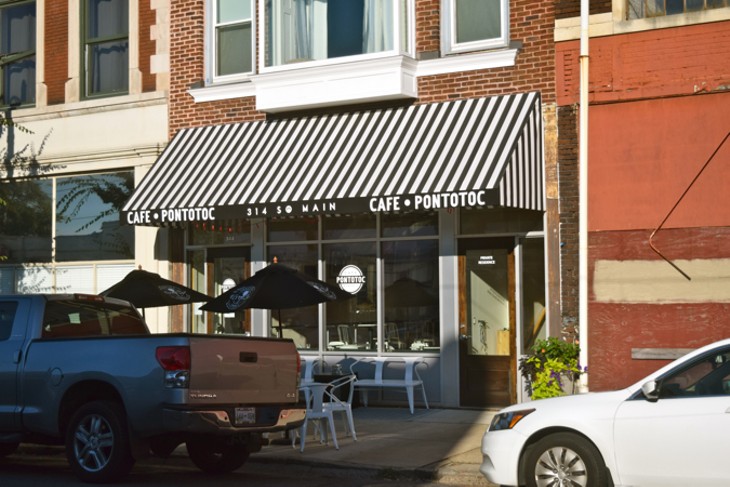 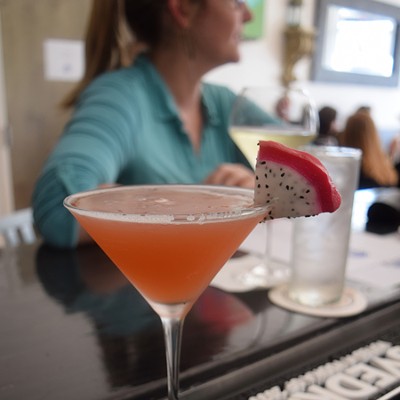