On the Scene at the AFJ Food Journalists’ Conference 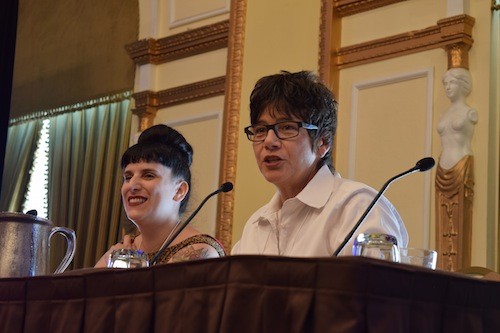 The Association of Food Journalists (AFJ) is an elite society about which little is known. Much like the Illuminati or the Freemasons, they gather in secret, donning strange robes and reading from arcane manuscripts. The extent of their holdings has only been guessed at.

Until now. This year, the AFJ is holding its [annual conference] in Memphis, and the Flyer has been able to secure unprecedented (OK, somewhat precedented) access to its secret meetings. Be advised: the following content may not be suitable for young children. 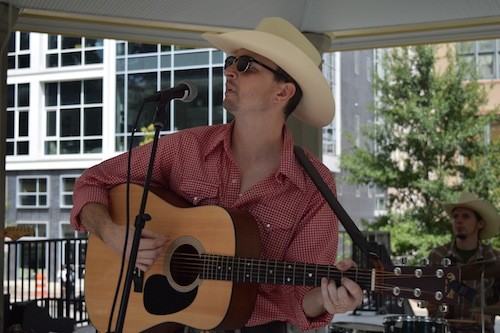 The conference began on Wednesday with a food truck rodeo in Court Square. Attendees were treated to some of Memphis’s finest street food, including kebabs from Stickem and pizza from Rock’n Dough Pizza Co. Meanwhile, Big Barton provided the entertainment, performing classic country hits like “Ring of Fire” and “Mammas, Don’t Let Your Babies Grow Up to be Cowboys.”

After lunch, AFJ members retired to the Peabody Hotel for a series of staged talks. One of the first was a conversation between Kim Severson of the New York Times and Kat Kinsman of CNN, who discussed the problem of getting readers to pay for food journalism in the age of Buzzfeed and Reddit.

“My friend David Carr likes to say, you gotta open up the kimono a little bit,” said Severson. “Although if I’m being honest, you probably don’t want David to open his kimono.”

By “opening the kimono,” Carr and Severson meant going behind the scenes and revealing more of the writer’s craft: how a story was discovered, how it was reported. For her part, Kinsman seemed to agree.

“The kimono,” she said, “is back at home, in the closet. At this point we’re walking around naked.”

The day wrapped up with a Smokin’ Taste of Memphis at the Stax Museum. Here, journalists were treated to a series of small plates that showcased Memphis’s culinary talent—everything from charcuterie to barbecue pizza to bread pudding. Participating chefs included Kelly English, Erling Jensen, and Michael Hudman.

The 2014 AFJ Conference continues today and tomorrow, with talks by Melissa Peterson of Edible Memphis and Justin Fox-Burks of the Chubby Vegetarian.