The Generous Pour at Capital Grille 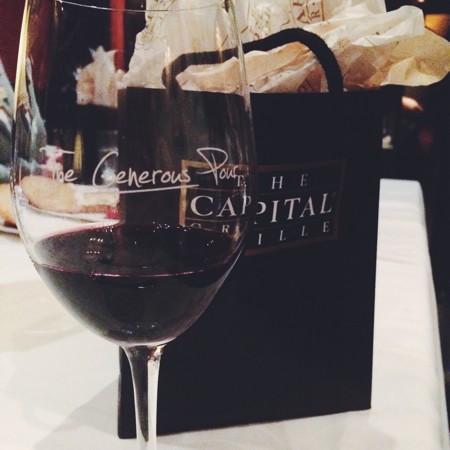 “There’s nothing wrong with Merlot.”

Depending on how you look at it, that’s either the understatement of the century or a call to arms. When George Miliotes says it, he means war.

Miliotes is more entitled to his opinion than most. He’s a Master Sommelier, one of just 229 in the world. In order to qualify for that title (among other occult rituals), he had to blindly taste six wines from around the world and correctly identify five of them.

Although Miliotes is based in New York, tonight he’s pouring wine at the Capital Grille in East Memphis. He’s visiting to introduce their Generous Pour program, which runs through August 30th. It's essentially a super-deluxe wine tasting at an affordable price. 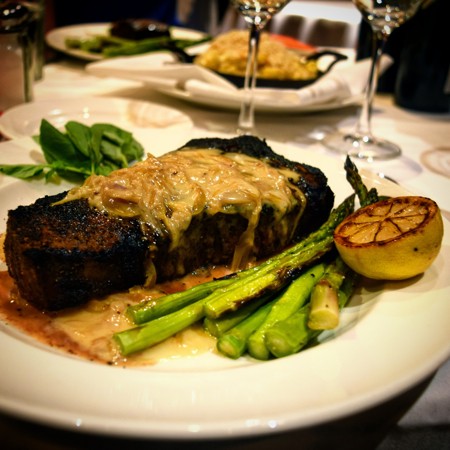 Here’s how it works. First you go to the Capital Grille and order dinner. At my tasting, they weren’t 100% specific about what counts as “dinner,” so maybe ask? I’m thinking a few appetizers might cut it, or an entrée for sure. Then you pay an additional $28 dollars and get to taste eight pre-selected wines—three whites and five reds.

And now you’re thinking, yeah yeah. Wine tastings, dime a dozen. In my opinion, what sets The Generous Pour apart is a) the very high quality of the wines on offer and b) the intentionality with which they were chosen. (Visit their web site for the full list.)

Take the Galerie Naissance Sauvignon Blanc. If you had asked me, one week ago, whether I liked the flavor of oak in my wine, I would have answered with a weak “yes.” I mean, right? Oak is classic. It’s buttery.

Here's the plain truth. Before last week, I had never tasted an oaked wine next to an unoaked wine, so I really had no idea. In the Galerie Sauvignon Blanc, tropical fruit (pineapple, apricot, orange zest) is balanced by natural acidity, and the resulting wine is deliciously crisp, without an oak in sight. Just for fun, pair it with the Pan-Fried Calamari with Hot Cherry Peppers ($15).

Moral of the story? Oak is for old people. Thank you, George Miliotes.

So what was Miliotes getting at when he said, “There’s nothing wrong with Merlot.”? Turns out, he was referring to the movie Sideways. In it, Paul Giamatti’s character repeatedly disparages Merlot, at one point snarling, “If anyone orders Merlot, I'm leaving, I am NOT drinking any fucking Merlot!"

And then? All around the world, Merlot sales went into free-fall. No, for real. Experts call it the "Sideways Effect," and poor Merlot still hasn’t fully recovered. Who'd a thunk?