Update on LBOE, and Other News 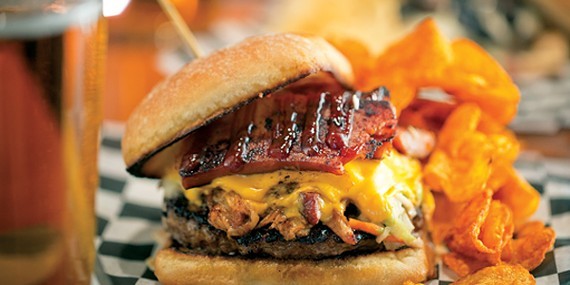 • Quick update on LBOE, which shut down in April after a fire.

Tyler Adams of LBOE writes in a email, "Construction has started. The roof should be done in a couple weeks then interior work can start. Hopefully September for opening. We will be at Burger Fest on August 28th."

• Congrats to Babalu which won "Best Margarita" at last weekend's Margarita Festival, put on by the Flyer.

A good time was had by all. Check out the photos on our Facebook page.

• More fun from the Flyer: Burger Week is coming up July 13th-19th.

Restaurants across the city will be offering a $5 burger special during the week.

• First, there were beerings, and coming soon ... brewcelets!

• MasterChef Junior winner Logan Guleff is participating in the James Bear Foundations's Blended Burger Project, which has a goal of serving healthier burgers.

Chefs from across the country create burgers that incorporate mushrooms and then put them up for a vote. The top vote-getters win a trip to New York to cook at the James Beard House.

• Krystal is offering a limited time "Fired-Up" menu. Featured items  — burgers, corndogs, and chicken sandwiches — can be topped with a cheese sauce made with Tabasco sauce. There's also a Fired Up combo.