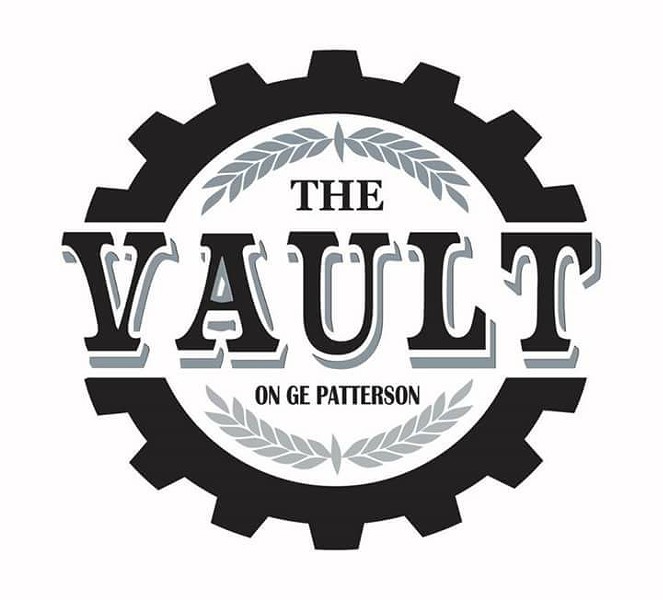 A new restaurant/bar called the Vault will open in the space previously occupied by Double J Smokehouse on GE Patterson downtown.

The Vault will be run by Duncan Aiken, John Kalb, Tyson Bridge, and Michael O'Mell. The name is a nod to the building once being a bank, and, yep, there is a vault inside.

Aiken says the menu is "everything from my vault." It's an eclectic mix of Creole and Italian and this and that. Expect fresh oysters from the East Coast, crab cakes, jambalaya, and, of course, pizza. Aiken says they're planning on doing $10 express lunches.

Aiken describes the Vault as an upscale bar. Everything's been renovated. There are two granite bars in the two-level space. They'll have a cold rail on one of the bars, which develops frost and keeps drinks icy cold. It will seat about 130.

There will also be 26 TVs. But, Aiken says, the Vault is no sports bar. Instead, each booth will have its own TV, which can be controlled by the patron.


They hope to be open as early as March 1st.