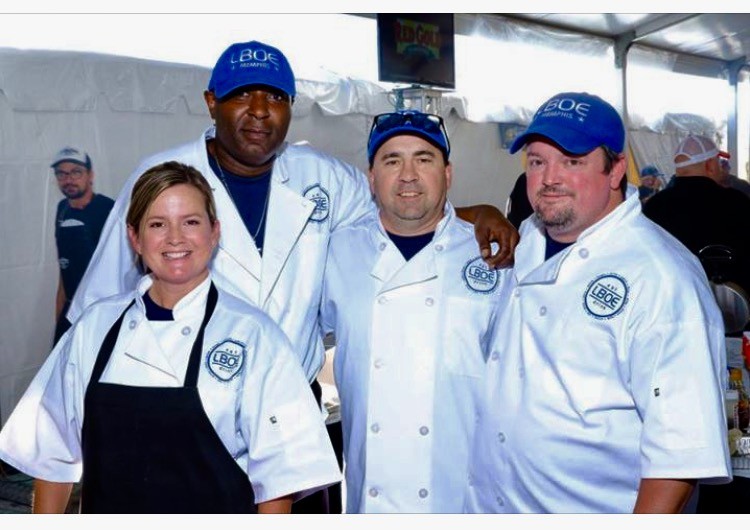 In early November, LBOE competed at the World Food Championships (WFC), taking the prize for Best Burger over some 70 other teams.

In April, they'll go on to compete with the other category winners (steak, seafood, etc.) in the next round in April, vying for $100,000.

"It was more stressful than we thought," says LBOE owner Tyler Adams, recalling how the team — Adams, Stephanie Simmons, Eric McGhee, and Tommy Shive — turned in one entry with just six seconds left on the clock.

After moving from the first round at WFC, the team made a breakfast burger for the second round. That burger featured a croissant bun, an egg, sausage, hash browns, and maple syrup aioli (!).

For the third round, all the teams had to incorporate an egg. Adams says he saw burgers with deviled eggs and omelets. "There are so many things you can do with an egg and burger," he says.

LBOE went with an Eggs Benedict Burger with a brioche bun, bacon, arugula, a poached egg, and hollandaise sauce.

The trick, Adams says, was to turn out 11 perfect burgers (for 10 judges, one for presentation) with 11 perfectly done poached eggs (not easy) in 120 minutes starting from scratch (again not easy).

Adams calls the whole thing a "great experience" and winning "quite a shock." But, he adds of the Eggs Benedict Burger, "We knew it looked good."

Adams says the win has been great marketing for the restaurant. They've been hearing from regulars and non-regulars alike.

As for the big $100,000 April round, which will be on TV, Adams says the team will start prepping as soon as they learn the rules.