A Major Revamp at Fuel Cafe 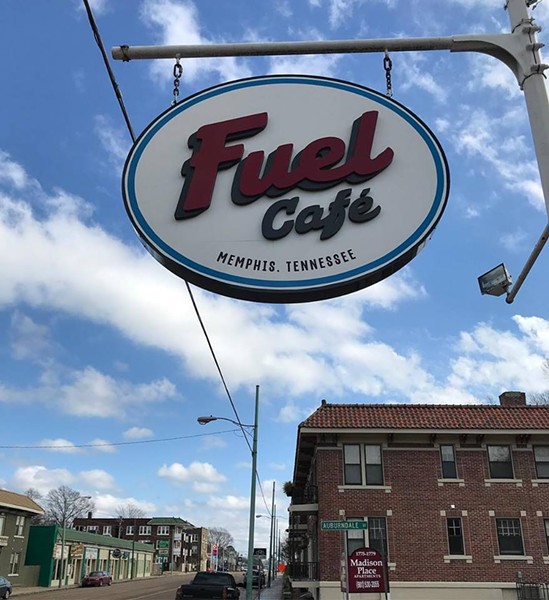 No more of those famous veggie burgers. The vegan grilled cheese is going bye-bye too.

It's a whole new menu and approach at Fuel Cafe, starting March 13th.

Erik Proveaux, owner of Fuel, says that the catering and the food truck business have been doing well enough to float a total reinvention, after eight years.

They've introduced a wood fire pizza oven, one that, Proveaux says is cannibalizing the side room a bit.

Proveaux says he's been flirting with offering pizza for a while now. To that end, he's teamed up with Don Gaines, who' been selling his vegan creations at the Cooper Young Farmers Market.

According to Proveaux, Gaines had approached him for advice about opening his own restaurant. Proveaux thought it was too ambitious and told him so. He suggested starting at a farmer's market.

Gaines runs something called Pizza Cult. Folks bring him their toppings and he puts them on a pizza. (We heard someone brought him Pho Binh lemongrass tofu.)

Gaines has come to be known as "Pizza Don."

Proveaux says their pizza will adhere to no particular style, but some of their pies will stretch the imagination, like potatoes and cream, carrots as substitute for bacon.

The burgers will still be sold frozen and through the food truck. The new menu will include small plates and an antipasto platter.

With the pizza and the new menu will come a wine license. They plan to sell all-natural wines.