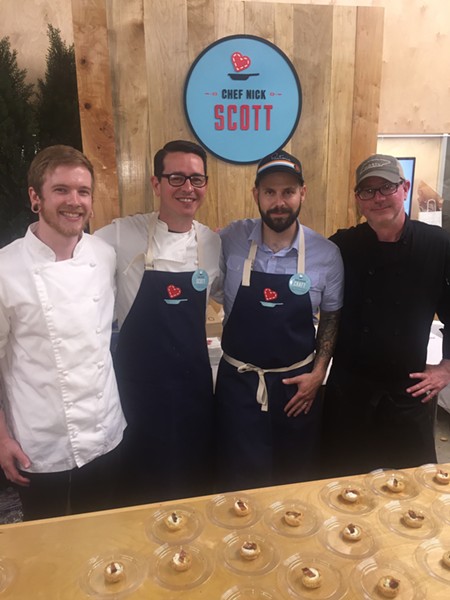 Nick Scott and sushi will reunite when Salt/Soy debuts June 29th at 409 South Main food court for a pop-up dinner.


Scott, a former executive chef and, later, general manager at Bluefin, is chef/owner of Salt/Soy, which will open as a restaurant in mid-July.

He came up with the concept about a year ago. “It’ll be a sushi/raw bar,” he said. “We’re going to do dinner for the pop-up, but going into the place, we are going to do lunch and dinner.” It's set to open in mid-July.


Asked why he decided to return to Japanese cuisine after so many years, Scott said, “I’m spoiled rotten and I’m used to eating great sushi. Selfishly, I wanted to do it. But I feel there’s a void there.


Scott still will wear his other hats. “I’m still chef/owner at Interim. I’ll still be there. I’m basically going to trade out the beginning of the week. And plan on doing omakase dinners down there (Salt/Soy), monthly wine dinners at Interim and monthly butcher dinners at Alchemy.


“I’m bouncing around, but I’m going to be cooking everywhere.”