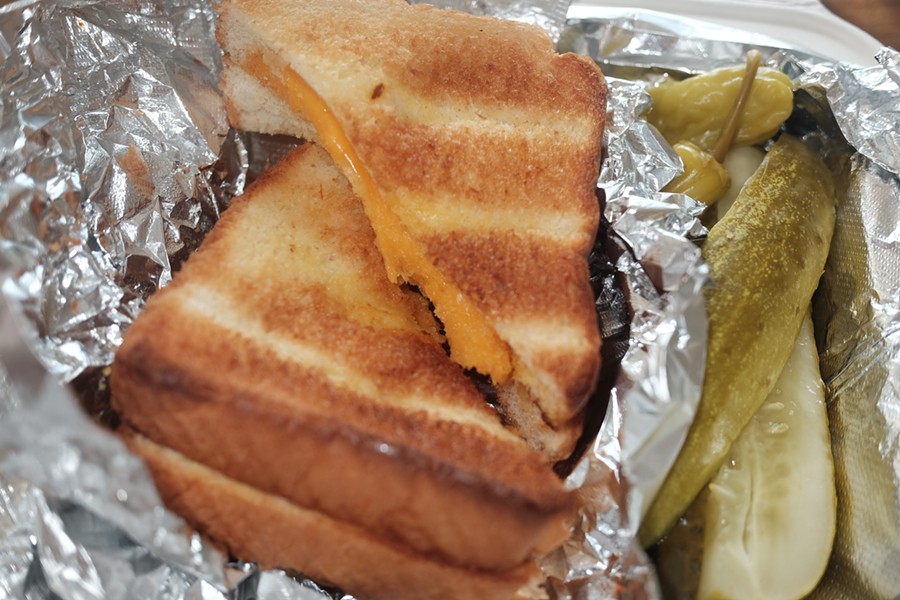 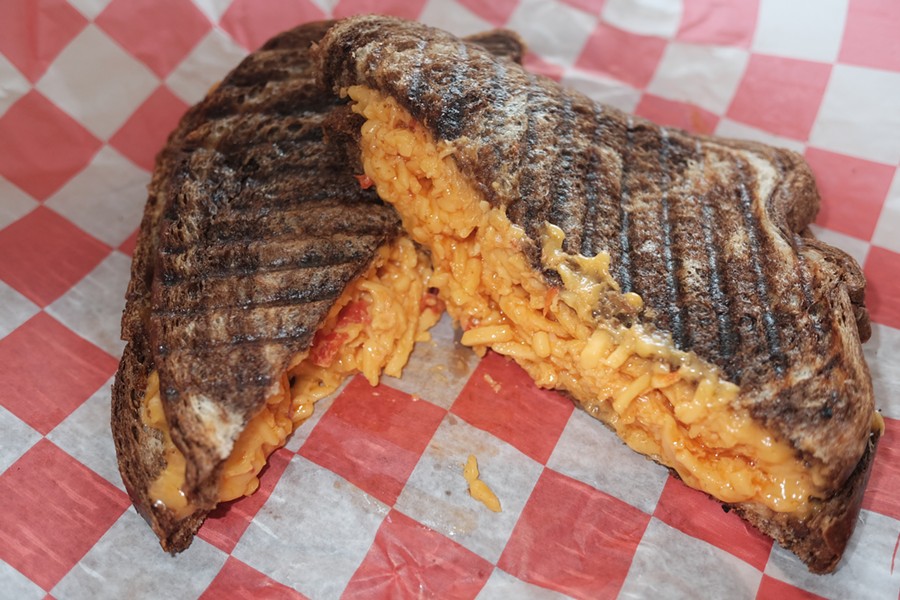 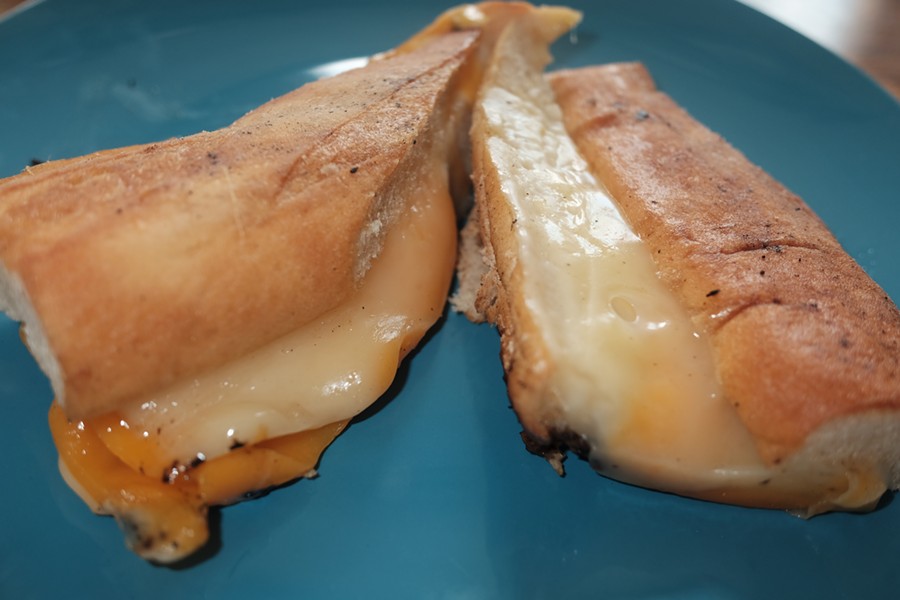 I never thought I’d visit the Rendezvous and pass up the ribs, shoulder, brisket, and chicken for - a grilled cheese sandwich. But that was what I was in the mood for.


I know of three great grilled cheese sandwiches downtown near my office at Union and Front. They’re all different. And they’re all under $10.

The Rendezvous offering comes with your choice of bread. I chose Texas toast. And it arrives with brown grill marks on the buttery-yellow bread.


It’s actually a children’s item, said Tina Jennings, one of the owners. “Plus Michael Donahue,” she says.


It’s on the children’s menu, which was devised a year and a half ago, Jennings says. “My nieces - Anna and Katherine - felt like we needed a children’s menu. We were trying to come up with different items. We do the chips with nacho cheese, chopped chicken plate, shoulder plate. We decided to do grilled cheese.”


Originally, it was two buns with cheese. Then they decided to add butter. And use Texas toast. “It sort of evolved.”


They use cheddar cheese. “We use the cheese we put on the cheese plate.”


A cheese sandwich isn’t something people want when they come to the Rendezvous, Jennings says.


That doesn’t mean adults can’t eat grilled cheese at Rendezvous. “We have a cheese sandwich on the menu,” says owner John Vergos. “And if you want it grilled, just ask your servers. We’ll be happy to do it.”
Vergos says they began experimenting with the sandwich after I came in and ordered one. “We added more butter and experimented with putting a dash of seasoning on it.”


Adults can get Texas toast if they want their cheese sandwich grilled. “We’re also looking at ciabatta bread, too,” Vergos says.


I ordered the grilled pimento cheese sandwich at Lisa’s Lunchbox. This time, I ordered the sandwich on rye bread. The grill marks still are visible on the rye bread. This sandwich, which is pleasingly spicy, is enough for two lunches. This is a lot of cheese.

"It's one of my mom's favorite things," says owner Lisa Getske. "When I opened up Lisa's Lunchbox, I loved spicy pimento cheese. She always likes her's grilled. So, I guess that's how it happened."

People like the cheese on other sandwiches, she says. "They like adding it on BLT or ham and turkey sandwiches."

Getske's grilled pimento cheese sandwich is contagious. "Yours looked so good I had one after you left. I did mine on wheat."


Cafe Keough’s grilled cheese sandwich comes in cheddar, fontina, and Swiss. The bread is a baguette from La Baguette. You also get a lot of cheese on this sandwich. And it comes with soup.


All three were fabulous. And the temperature was in the 90s the day I ordered these.