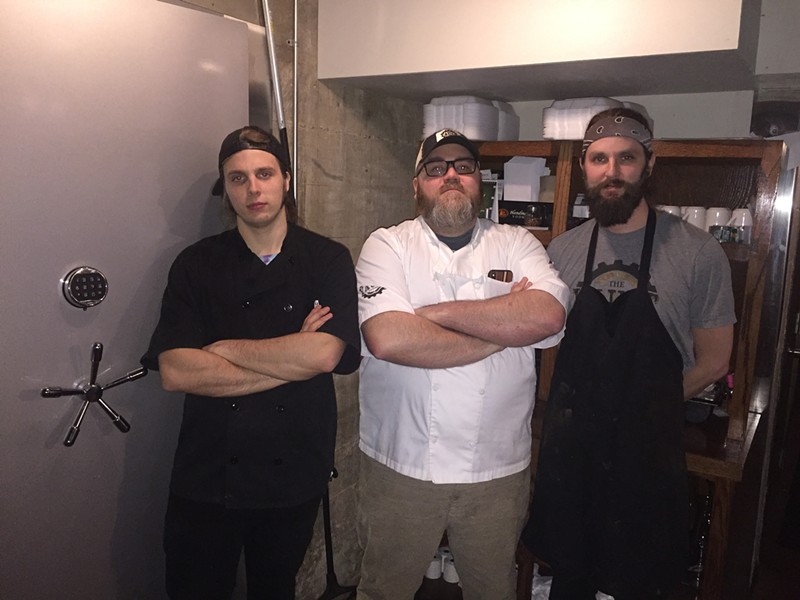 Ring out the old “The Vault on G. E. Patterson” and ring in “The Vault Gastropub.”

But that’s not all that’s happening.


The favorites will include the Smashburger. “It’s an Oklahoma style burger. It’s a ball of meat. You smash it on the grill, cover it with thinly-shaved onions, press the onions into the meat. We sell a ton of them.”


The Smashburger recently was featured on Late Night Eats on the Cooking Channel.


New items will include salt and pepper catfish. “We do a buttermilk pickle and hot sauce brine and it’s fried with corn meal that has roasted peppercorn and sea salt in it. And it’s served with green onion ranch.we make in house.”


Another is the charred beet salad - roasted beets with goat cheese, arugula pesto and lemon with an arugula salad with candied pecans.


“The new menu is going to be active in the restaurant Jan. 4, which is a Friday. We’re open for dinner and lunch. Our hours are going to be changing Dec. 31. We’ll be open seven days a week.”