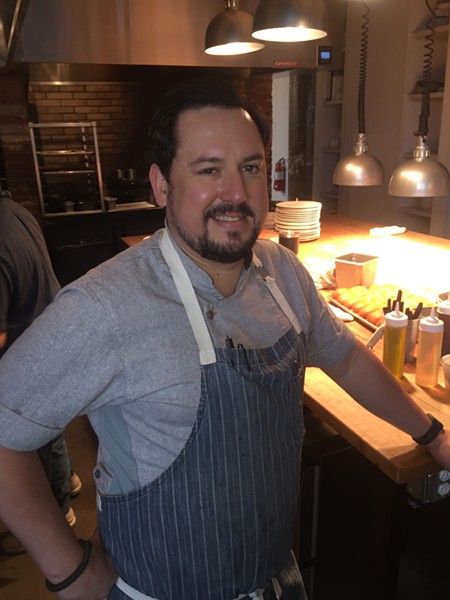 Ysaac Ramirez will leave his post as chef de cuisine at The Gray Canary on Dec. 31.


Ramirez, 38, says he’s leaving to “pursue another opportunity and possibly open my own restaurant in Memphis, hopefully.”

When he was 15, Ramirez moved from California to Memphis, where he graduated from Bartlett High School and L’ecole Culinaire.


Nine years ago, he went to work for Jackson Kramer at Interim. He then began his long tenure at restaurants owned by Andrew Ticer and Michael Hudman.


He was one of the opening cook at Hog & Hominy before becoming a pasta cook at Andrew Michael Italian Kitchen.


Ramirez then moved to North Carolina, where he worked for Colin Bedford at The Fearrington House Restaurant & Village. He then worked in the restaurant at The Carolina Inn in Chapel Hill.


Rameriz was back working for Ticer and Hudman when he moved to New Orleans and helped open Josephine Estelle, where he was sous chef. He then became executive chef at the Ace Hotel in New Orleans.


After two years, he moved back to Memphis and helped open The Gray Canary, which opened Jan. 23, 2018.


When he opens his own restaurant, Ramirez would concentrate on Latin cuisine. “Going back to my heritage,” he says. “My dad is from Mexico. Just going back to my roots and incorporating not just Mexican cuisine, but various Latin-style cuisines. And dealing with a lot of seafood.”