For good. Right after dinner on May 23rd. Chef/owner Jimmy Sinh's red Sushi Jimmi food truck will be in operation May 24th, but that will be the last time. The Asian fusion restaurant at 2895 Poplar — and the food truck — will be history.

Sinh, 30, says he is getting out of the restaurant business because he wants to spend more time with his wife, May, and their five sons: Dylan, Logan, Alex, Jimmy, and their almost two-month old, Kit.


“My happiness is number one,” Sinh says. “I’m just quitting for the time being. Taking a little break.” Sinh was wearing a black T-shirt bearing the words “Sushi Jimmi” in red. “I just ordered 100 T-shirts. I’m going to sell them,” he said.

Sinh said deciding to close the restaurant was sad, but the decision also “took a big weight off [his] shoulders.”


The restaurant, which opened three years ago, was a "huge success,” he says, but other things led to his decision to close it. For one thing, Sinh says, “I was putting too much of my own money into the business.” He says he recently had to repair — for the second time — his walk-in cooler, which needed a new motor and fans. “I threw away $13,000 worth of food.”

Sinh also says he put $200,000 into the restaurant's building, which used to be a Wendy’s. He put in a new floor, took out the front of the building and built a new one.

Sinh, who grew up in Binghampton, has worked since he was 16. He began his food truck five years ago and the restaurant two years later. Now, he says, “I’m burned out.”

His advice to someone who wants to start a food truck business?


“Don’t depend on anyone. Don’t do everything at once. Do it step-by-step. Make sure you have the right crew. Never use your own money. You’ll end up hurting your family and yourself. Help yourself before you help others.

And, finally, he adds: "If you don't feel happy, stop. I stopped before I hated it. You don't want to lose what you fell in love with." 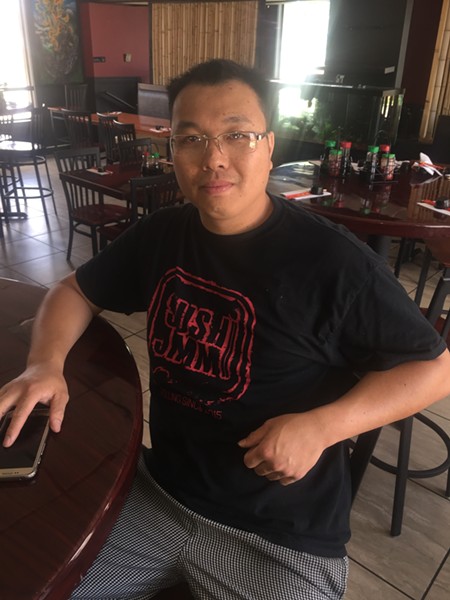