"It's the same," says chef Kelly English, who took over the venture from Jerry Wilson. "I didn't change a damn thing."

But, it's not exactly the same. The place looks brighter and cleaner and seems more spacious. There's new paint and nice white tiles on the inner columns. 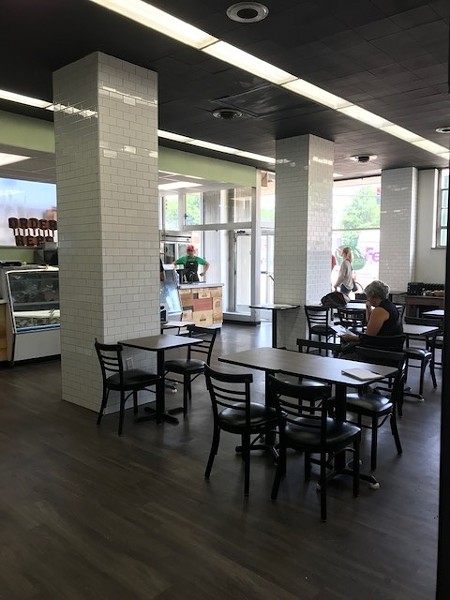 A nook in the back will eventually be curtained off for cannoli- and pizza-making parties for the kids.

But you can expect crowd favorites such as the Acquisto (English's pick), the New York Club, and the Penn Station.

In addition, expect local treats from purveyors such as the Macaronagerie. They are also selling T-shirts designed to mimic classic album covers (Wilson was known for his rock T-shirts, btw.), and will eventually offer take-home items such as lasagne.

English vows to use the same suppliers; he's hired most of the staff back. He's veering a bit from the model to use fresh dough for the pizzas and Fino's will offer house-made mozzarella, burrata, and ricotta cheeses.

"The sandwiches don't change," he says. "I'm excited about the fresh dough and the future."