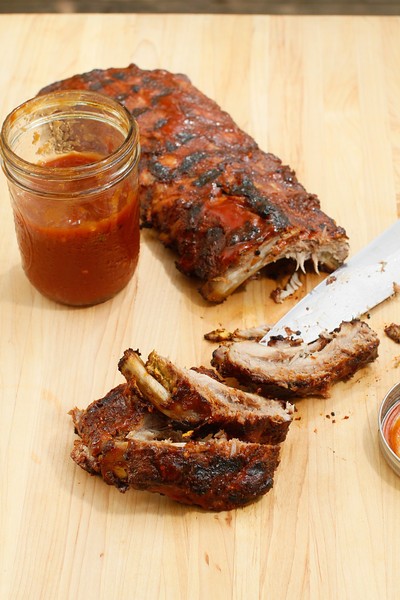 It is presented by Enzo Entertainment.

"I was brainstorming about doing a community event. I wanted to do something that would bring us all together," says Lennard James of Enzo. "Memphis is known for its barbecue and the ideal place was the center of the city, which is close to Oak Court Mall."

James has recruited a selection of city leaders to act as judges, including city councilman Martavius Jones.

"We know that Oak Court has had some issues in the past, and we wanted to embrace that, to bring a more positive change to that area," he says.

He had to convince his sponsors to get on board. One, Home Depot, has donated a prize of a grill; Lowe's a lawnmower.

There are 10 teams cooking in this year's contest. Set up is Friday, and there will a rib category and a shoulder category. Barbecuers are being judged on texture and presentation.

James plans on making this an annual event. He says he's already got people after him to have it on their site. It's supporting the Boys & Girls Club and Positive Reaction.

The contest will be in the parking lot at Poplar near Pinnacle Bank. There will be a kids' zone, live music, and food trucks as well.

James says he's a straight-up Memphis guy who loves his barbecue. He's got the bona fides to prove it. "On Saturday, it was a routine. I would get a haircut and eat A&R Bar-B-Que," he says. "When I was in college, I started working for John and Nick Vergos at the Rendezvous. I used to make the barbecue sauce and the slaw.

"I learned a lot from watching my dad. He was a master. He barbecued every Saturday. You give us a holiday, we barbecued."