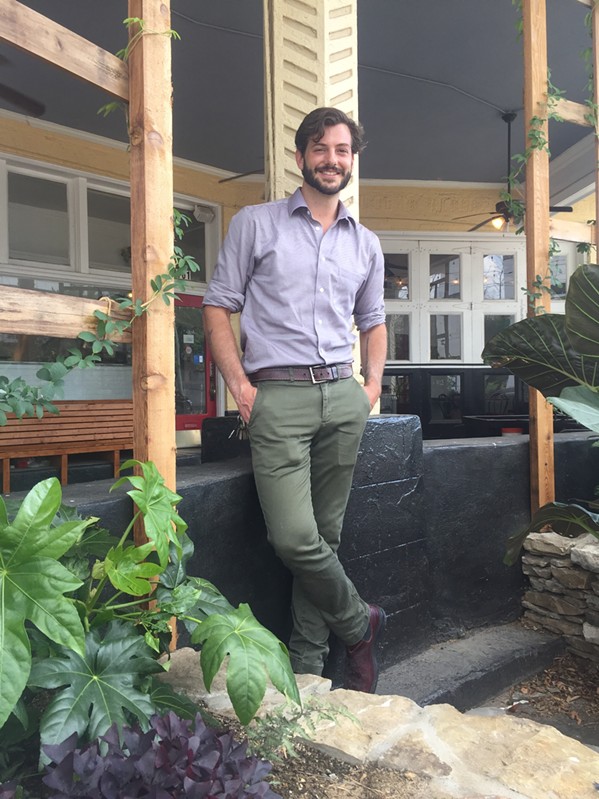 Get ready for Tamboli’s Pasta & Pizza restaurant, which is slated to open in September in the old Fuel Cafe at 1761 Madison.


Owner Miles Tamoboli, 30, says the menu will include a few items, which will be done well. Instead of many pizzas, he plans to do three or four of them, including his chicken parmesan pizza. He also will make lasagna and other entrees by hand. That includes the pasta. And he’ll use locally produced, locally sustained ingredients.

For the past year, Tamboli has been working upstairs making his homemade pasta, which he sells at the Memphis Farmers Market. Now he’ll be moving downstairs, where Eric Proveaux’s” Fuel Cafe operated until it closed last December.

“I bought everything that’s in here from Fuel Cafe,” Tamboli says. “A lot of stuff needs a little love.”


He began making pasta upstairs because he “needed a certified kitchen to make pasta to sell at the Farmers Market.”


But, he says, “I never seriously considered opening a restaurant.”


After Fuel closed, Tamboli did an Italian-themed popup farm-to-table dinner for friends and family. That gave him the idea to open a restaurant along the same lines. “That did it for me,” he says.


He wants to open a restaurant where family and friends “can have a great time.”


The food will be “locally sourced and locally sustained. Everything made in house - sauces, cheese, bread. We’re not trying to do everything. We’re trying to do a few simple things as well as they can be done.”

Tamboli wants everything to be simple “without creating a dining experience that’s exclusive to some people. It’s for everyone. Everybody will enjoy eating here.”


The entrees will include his popular lasagna. “The lasagna is done as well as I can produce it. The best way that I know how to do it that’s good for everyone.”


The pizzas will be three or four of his best pizzas. “I made pizzas all the way through college on and off in restaurants in Portland, Oregon and Lake Tahoe.”


Customers also will get a choice of three or four pastas, including his casarecce pasta with basil pesto.


And, Tamboli says he’ll feature “a lot of rotating specials based on what’s in season here right now.”


The food he will be “like Italian soul food. It’s comfort food. And it’s good.”


The wine list will be specially selected and not extensive. “A few house wines. Some reds, whites, something bubbly, and rose. I picked wines I know are good. Simple and straightforward and good. Like everything else on the menu.”


Tamboli will be general manager and president of the restaurant. He’ll be in front of the house and in the kitchen, but he will hire a chef. Cooking will be “collaborative,” he says.


As for being in front of the house, he says, “I love being around people enjoying the food.”

Tamboli built the lattice work on front of the patio. Customers in the glass-enclosed patio will be able to view the kitchen and see what’s going on. “It’ll make a nice show if you eat on the patio.”


But, because of the lattice, they won’t be on the patio “looking at cars.”


Tamboli already has some 40 types of plants in front of the restaurant.


The rotating artwork on the walls will include work by his dad, Roy Tamboli, and his stepmother, Carol Buchman.


Tamboli hasn’t come up with a color scheme, but he knows the ceilings will be painted “light robin’s eggs turquoise color. Sky color.”


Upstairs still will be used for pasta and dough making and other prep work. Tamboli will continue to sell his pasta at Memphis Farmers Market.


Tamboli’s Pasta & Pizza will be open for dinner, but “lunch is coming soon.”