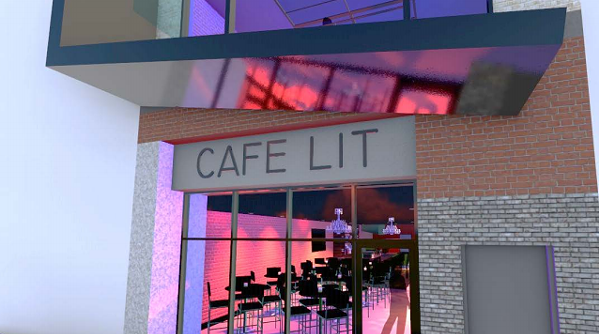 A new literature-themed dessert lounge is in the works for a three-story building on Madison.


The 1928 Downtown structure at 111 Madison, currently vacant, will be transformed into Cafe Lit, described by developers with Ideal Investments LLC as a “dessert bar with something to say.”


But, before work can begin on renovating the building, developers are asking the Downtown Memphis Commission’s (DMC) Center City Development Corp. (CCDC) for a $200,000 loan and an $80,000 grant for exterior and interior building improvements.

The CCDC is slated to consider the request at its July 17th meeting.


In addition to dessert, the cafe will serve small plates, pasta, salads, alongside gourmet coffee, premium spirits, and “carefully-selected” wine.


The cafe will feature black, white, and red interior design with an African American literature theme throughout the space, according to the developers’ application to the CCDC.

In addition to dessert, the cafe will serve small plates, pasta, salads, alongside gourmet coffee, premium spirits, and “carefully-selected” wine. tweet this


The mood of the space is an “open mic platform, to include supper club vibes on weekends, live entertainment, with low light ambiance.”


Contingent on if the requested incentives are approved, renovation of the building and construction of the cafe could begin next month.