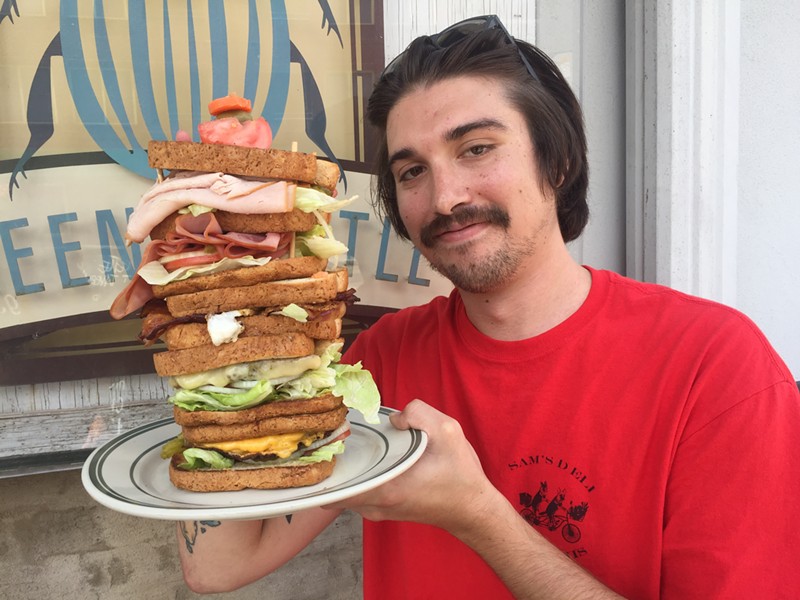 
Ryan Joseph Hopgood got the idea for a local sandwich page after he noticed no Memphis sandwiches were included on “Show Me Your Sandwich,” a national sandwich Facebook page. “They were all New York, Atlanta, L.A.,” Hopgood says. “So, I figured, ‘Hey, Memphians love their food. So, why don’t we start one in Memphis?’”

He posted two Memphis sandwiches - The Sonoma Add Chicken sandwich from Young Avenue Deli and the barbecued pulled pork sandwich, which was a special at Bardog Tavern. They went “pretty viral,” he says. “People started posting their own things: ‘You think this is good, check this out.’”


You also can include homemade sandwiches, Hopgood says. “But they have to list the ingredients.”


About 100 of the sandwiches have complete profiles instead of just a photo and caption. But, Hopgood says, “Most of them will have comments. People chime in about their sandwich: ‘I like to add pickles to that one.’ ‘Try this one with special hot sauce.’”


Reuben Skahill, the group's “mood facilitating officer," jokes about his first name being the same as a popular sandwich. “I’m glad my mom didn’t name me ‘Monte Cristo,’” he says.

And, Skahill says, "I emcee the events and I bring everybody together as a family. Every Sunday we do a ‘Sandwich Clique Meat Up.’ We decide on a local business and we call it the ‘economic stimulus package.’“


Sam’s Deli on Highland was the first location. “We sold them out of bread that first week,” Hopgood says. “They made a great ‘thank you’ video.”


They also held an event at RAWK'n Grub at Growlers. The next one will be from 3 to 7 p.m. August 11th at the Hi-Tone. The public is invited, but, Hopgood says, “We would urge people to join the movement. We’ve got information on secret sandwiches and secret menus throughout the city. And you can only get this information by joining the clique.”


How did the group get so popular so fast? “People really, really, really, like their food,” Hopgood says. “And they like to talk about food. And the thing about Memphis is we like to debate about food. We’re the home of the barbecue fest, the Jalapeno popper fest, the grilled cheese fest. We’re hoping for a sandwich fest. That’s next on the list.”


Memphians want to support their community, Skahill says. “This provides a directory of places they’d never heard of before.”


And, Hopgood says, “Anyone can spend eight dollars on a sandwich and sides. It’s an economical thing. And when you spend your money on it, typically, it’s going to be a good place when you have the Memphis Sandwich Clique showing all the cool places that need your business.”


“Anybody can make a sandwich, but not everyone can make a great sandwich,” Skahill says.


They have a debate going about whether a hot dog is a sandwich, so they’ve added “Thot Dog Thursdays,” so people can add their favorite hot dogs.


One main thing to remember if you’re in the Memphis Sandwich Clique: Don’t post bad photos of your sandwich. “People will make fun of you,” Hopgood says. “If it looks unappetizing, if the picture (makes it) look un-edible, do yourself a favor and don’t post it ‘cause we don’t want to roast you. But we’ll roast you like some roast beef.”


If you want to join, search “Memphis Sandwich Clique” on Facebook, like the page, and join the group, Hopgood says. “We’re basically the most public secret society in the whole world.”