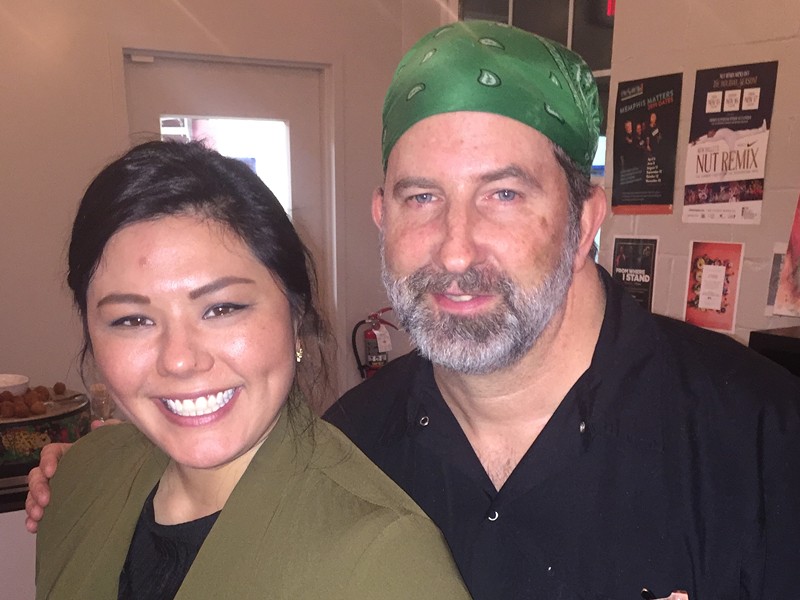 Spencer McMillin is stepping down November 18th as chef de cuisine of Caritas Community Center and Cafe. Matthew Schweitzer will be the new chef de cuisine.

“I will work with the new team to ensure continuity of the Caritas culinary and community missions, which are both to serve the highest quality food to those who can afford to pay and to those who can’t and to nurture the human spirit through meaningful interaction,” McMillin says.

“The reasons for this tough decision were numerous. I have severe tendonitis in my left arm which makes it difficult to give 100 percent and the pain has gotten incrementally worse over the course of the last few months. Unfortunately, my knees are not far behind.”

McMillin says he’s going to return to teaching part time at the Kemmons Wilson Culinary Institute. “Which is less taxing on my body and quite enjoyable.”


And, he says, “I am also currently in the middle of writing recipes and narrative for The Caritas Cookbook which I hope to have completed and for sale by January 2020. There will be stories, action photos and recipes.


“Additionally, I will still partner with my chef buddies for the Chef Partnership Dinner series and be a Walmart greeter of sorts at the café but my days of fighting daily battles in the Caritas kitchen (as documented in the Edible Memphis piece A Day In The Life at Caritas Village) are drawing to a close.


“My wife, Kristin (Caritas executive director) and I have chosen a capable successor in Chef Matthew Schweitzer and we look forward to seeing how his youthful energy and love of farm to table cooking takes the Caritas culinary mission to the next level. In that spirit, the Caritas menu will reflect the past with dishes Mac Edwards (former Caritas executive director) and I made popular and look toward the future with dishes that reflect Matthew’s philosophies and cooking style. Customers should expect the cuisine to be both familiar and exciting in the days and months to come.”


Schweitzer, 32, is excited about his new position. “If I wasn’t a chef, I would be a social worker,” he says. “I want to help people.”


Schweitzer began working in the Caritas kitchen November 11th. He helped out at the Nov. 14th Chef Partnership Dinner, which featured McMillin and Kelley English from Restaurant Iris and The Second Line.


“We feed people not based on their ability to pay. So, if someone’s in need of a plate, they can come up and get a meal for free and it would be comparable to most fine dining restaurants in the city.”


On Schweitzer’s first day McMillin says, “I need you to make soup, an entree with two sides, a vegetable and starch.”


Schweitzer describes his style as “thought provoking. Definitely locally inspired. Utilizing what I have around me but putting a modern touch on it. The majority of everything we use is from the farmers. We have these really great relationships. And he (McMillin) is going to introduce me to these other farmers I don’t know and we’ll go from there.”


Conrad Phillips will become sous chef. “(He) is also a very skilled carpenter and has updated the cafe’s look in recent days with reclaimed wood,” McMillin says. “He’s also a hell of a cook. The two of those guys with little direction from me will kick the cuisine up a few notches.”