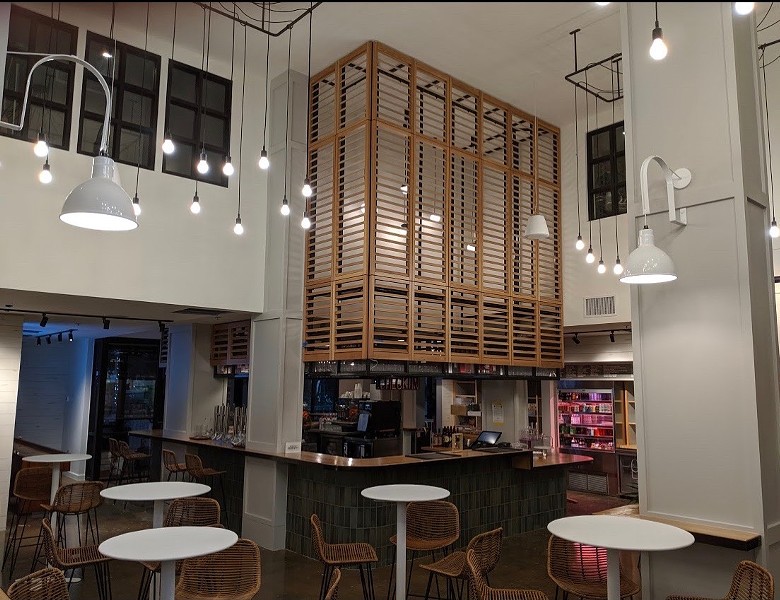 Someone with a lot of moxie came up with the concept of Moxy.


The slogan for the bar and hotel, which is slated to open in early December at 40 North Front, is, “If you got guts, you got Moxy,” says general manager Curtis Pandes. "It’s Marriott’s response to Airbnbs and independent hotels.”

Moxy, which is a chain of Marriott hotels, is a “disruptive brand,” says operations manager Ryan Marsh. “We go against trends, norms. Moxy is for the fun seeker.”

Just about everything is the opposite of what you’d find in a conventional hotel. There are no “bellmen,” “deskmen,” or other hotel job titles. All employees are referred to as crew members. Their uniform consists of jeans, T-shirts, and tennis shoes.

Moxy crew members have a “smart-casual approach to service,” Pandes says. “Everyone is on a first-name basis.”


The lobby, called the “public space,” features a 360-degree bar which serves as the front desk, a spot for morning coffee, and the place to go for drinks later, Marsh says.


When guests check in, they are given a complementary Moxy cocktail made with Bacardi dragon-berry vodka. They're also greeted with Moxy’s own aroma. “There’s a scent machine on all the entrances that gives you that Moxy smell,” Marsh says.

That Moxy smell, in case you were wondering, is “wood and jasmine infused and features a burst of Italian and zesty lemon invigorated by a green floral heart with nuances of creamy woods white amber and musk.” It's also available in Moxy candles.


Marsh says Moxy will also serve smoked cocktails, including a “smoked hemp cocktail with CBD oils." There will also be a "curated selection of wines, spirits, and regional craft beer unique to Memphis.”

A variety of espressos are available, including ghost pepper, aged-barrel rum, maple syrup, and whiskey, as well as in-house-made doughnuts and local Mexican pastries.


The public space includes pinball machines, as well as foosball and shuffleboard. Social media is displayed on the giant “Moxy Board” above the shuffleboard table.

Pandes says Moxy’s public space and patio aren’t just for guests; the public also is invited to hang out and play.

The meeting room is called the “collaboration room” and includes a “communal table”  and two barn doors to close it off from the public space. The 1,500-square-foot porch overlooks Court Square and includes two large fire pits and music speakers, plus a 700-square-foot bocce court.

Moxy features 115 rooms and four suites, with room numbers crafted by the National Ornamental Metal Museum. Bedrooms feature king-sized or double beds and "the fastest WiFi in Memphis." Another local touch are the drink coasters made by ARCHd Memphis.

Moxy wants guests to get out, come downstairs and play, or get out in the city. Or go to the gym, which includes a punching bag and a stationary bicycle that’s a converted city cruiser bike. 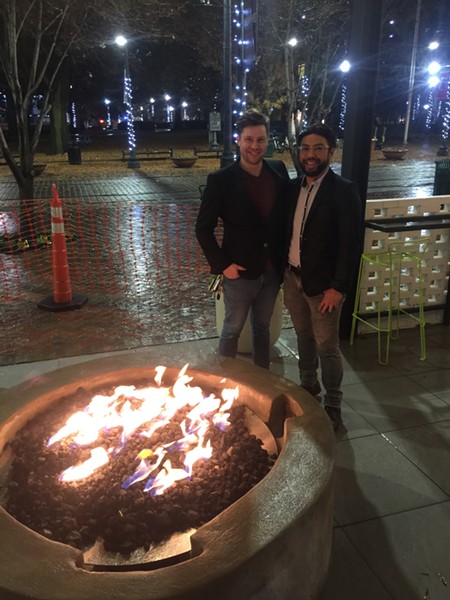