Don’t look for wicker furniture on the porch and Victorian furniture in the parlor at Porch & Parlor. The gas lights, book shelves, and elegance of the new Overton Square restaurant evoke the turn of the 20th Century.

“We tried to embrace the era,” says Russ Graham, who, along with Tom Powers comprise the Flight Restaurant Group. They are the owners of Flight, Southern Social, and Coastal Fish Company.

The era between the end of the Franco Prussian War and World War I (1871 to 1914) was known as the Belle Epoque ("Beautiful Age") era in France. "Champagne flowed," Graham says.

Impressionist painters, including Renoir and Monet, were the rage. So, impressionist works line the restaurant walls.


All the booths in the “parlor” section of the restaurant, which seats 36 people, are made of real leather. Bookshelves line the walls.


The elegant dining room seats 60 people. And the bar seats another 54.


The wide, welcoming porch on the front will seat 65.


Graham describes the food as “Southern style steakhouse. So, in addition to, say, a Wagyu filet, you can add fried green tomatoes and collard greens to your meal. The quality of the steaks can’t be found anywhere else in Memphis,” Graham says. Paul Walsh is executive chef. Eduardo Murillo is the corporate executive chef.


If you’re wondering why a wooden bear head is in the center of the arch over the bar, it’s because it’s supposed to be a likeness of Natch, a Southern black bear who was the mascot of the old Memphis Turtles baseball team in 1908. Because of Natch, the Memphis Zoo eventually was built, Graham says.


The restaurant is curved shape because that part of Cooper and Madison was the “end of the city,” Graham says. Trolleys coming from Downtown would turn around at that corner and return Downtown.


Porch & Parlor, like the other Flight Restaurant Group restaurants, will be open 365 days a year. Porch & Parlor is open for dinner only, but, eventually, will open for brunch on Saturdays and Sundays. 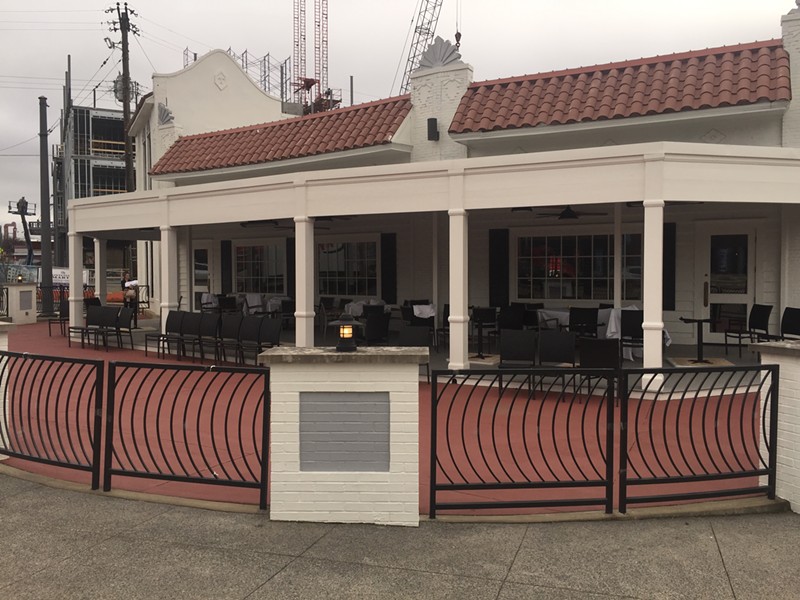