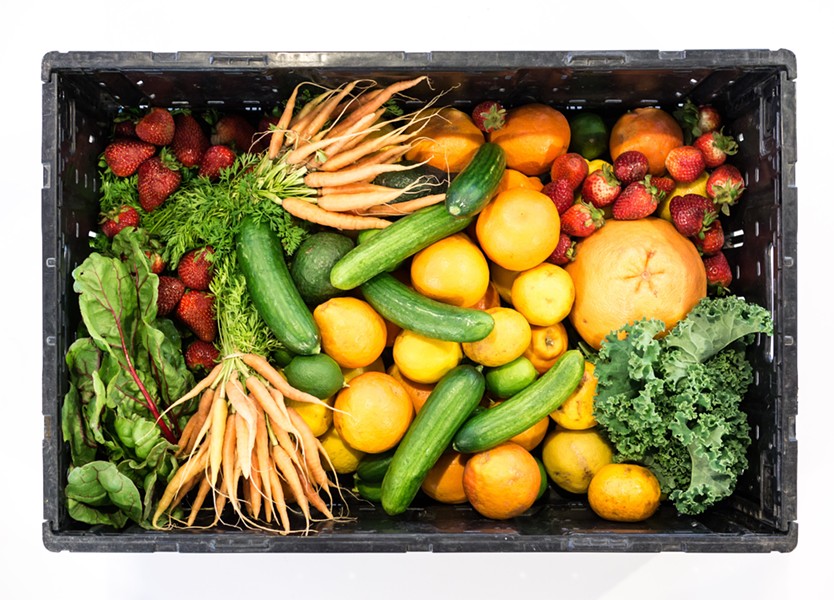 When Ester Moore broke ground on the new farm for her nonprofit, Abundant Earth Global CDC, she found a surprise just below the surface.

The site had formerly hosted an apartment building, which had been knocked down and covered in soil. When she and her team got to digging, random debris popped up all over the 1.2-acre plot in Frayser. Despite the setback, Moore was unwavering in her commitment to provide sustainable food for the Frayser neighborhood.

Abundant Earth Global CDC, founded by Moore three years ago, is aimed at solving a food crisis so prevalent in many Memphis neighborhoods.

“While there’s a Superlo nearby,” says Moore, “when I look both ways down the street where I live, there’s nothing. And in a community where many people don’t have vehicles, it’s a daunting task to get back and forth from a grocery store.”

Abundant tackles the issue from multiple fronts: The blighted land Moore took over has been repurposed into a farm, while the organization has partnered with the Memphis & Shelby County Office of Re-entry to teach urban agriculture to those coming off incarceration or parole.

The newest venture by Abundant, however, is the Good.Works Farmers Market, set to open for the first time later this week on Juneteenth. While the coronavirus pandemic meant that Moore needed to switch gears in the short-term, she persisted with the originally scheduled opening date.

“We eventually decided to stick to this date; coronavirus or no, people are still going hungry," she said.

There will be no on-site vendors for now, but customers can go online to create their own box (with produce, bread, eggs, preserves and jellies, and herbs), which can be picked up or delivered. Some boxes will be available for walk-up purchasing, and any leftover stock will be donated to a nearby shelter.

While Abundant has its own farmland next door, early markets will use food aggregated from local farmers through its Tri-Delta cooperative.

“When restaurants and schools closed down,” explains Moore, “urban farmers lost some of their biggest buyers, so now there’s nowhere for the food to go. We’re hoping that Good.Works can provide an outlet for those farmers, alongside our original mission of giving the community an avenue for purchasing hyper-local fresh produce and vegetables.”

Abundant will also showcase the weekly vendors online and through a newsletter.

“The point of a farmers market is to know where your food is coming from or who grew it,” says Moore. “So, we’re going to keep that aspect alive. It will just be in a digital environment.”

Good.Works Farmers Market is planned to run every week until the end of the year, but on-site vendors will return only when it seems safe to do so. Abundant’s efforts will continue to stretch beyond the farmers market, however.

“We want to do as much good in the community as we can by also providing education and teaching people how they can be self-sufficient,” says Moore.

Community members can come to Abundant’s farmland and create their own raised beds to grow produce. Another planned initiative is for Abundant to host “eco demos,” which will focus on ecological issues relevant to Memphis, like recycling.

“Our recycling is so dirty and contaminated that they can’t do anything with it," says Moore. "So, it’s still going to a landfill, which makes no sense.”

If there’s an issue that needs to be fixed, it’s a good bet that Moore has thought up a way to address it.

The icing on the cake for Abundant is the full commercial kitchen at the organization’s 4,000-square-foot headquarters.

“Here in North Memphis, we’re smack dab in-between the two largest food deserts in the Mid-South,” says Moore. “This will be the only farm-to-table kitchen around.”

The fresh meals made in the kitchen can be boxed and delivered to people around town on a weekly basis. Abundant has partnered with Steven Bradley, current director of child nutrition for KIPP Delta Public Schools, to put together healthy meal plans.

“Ninety-seven percent of most illnesses are environment-or-food-related,” says Moore. “When you look at the African-American community, there are issues like diabetes or high blood pressure, which are food-related. With this, we can help people manage their health through eating.

“We’re also decentralizing the food network system, and you don’t have to go a mile and hitch two buses to the store. Now, you can go down the street to your local farmers market or community farm. That's the type of system that we're ultimately wanting to set up in our community, and be able to make sure that no one ever goes hungry again.”