South of Beale Looks to the East

If you’re tired of driving Downtown to get your hands on some of SOB’s delicious duck fried rice or General Tso’s cauliflower, owner Ed Cabigao has been listening. A second location called SOBeast is set to open its doors to the public next Tuesday, September 8th, in the former Interim space at 5040 Sanderlin Ave. 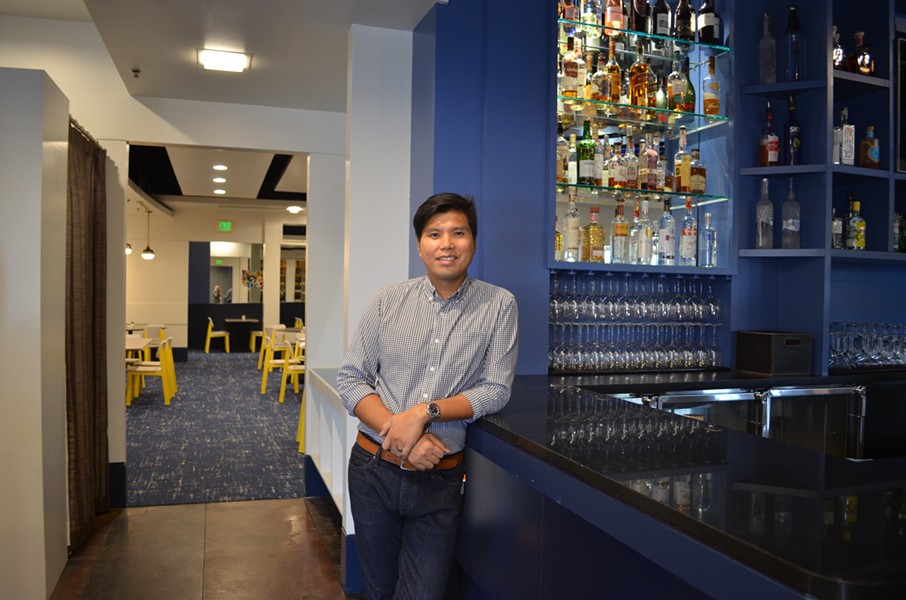 Cabigao has had his eye on expanding the SOB brand for a while. When the pandemic offered him a chance to experiment with using Interim as a ghost kitchen for SOB’s menu, the demand was too high to ignore. “We were getting a lot of requests form East Memphians to have SOB to-go food closer to them,” he says. “We did much better than we thought, and after a couple of weeks, our to-go orders out there surpassed those at our Downtown location.

“We think the fine dining model post-COVID will be really challenging,” he explains. “Interim had a lot of challenges even before the pandemic hit, so we thought it was best to rebrand the space to SOBeast.”

The pandemic also forced Cabigao into a tough decision with his other establishment, Zaka Bowl. “It was sad since were passionate about it, and had a lot of loyal customers, but the pandemic really cut off its profitability.”

Now, Cabigao is firmly focused on expanding the SOB brand. “Since we’re focusing on just one brand, we can elevate SOB to where we want it to be. It’s in our mind to add a third location, but we don’t have concrete plans just yet.” Anthony Fenech will lead the kitchen at the East Memphis location, before transitioning into a corporate chef type of role overseeing both SOB locations. Meanwhile, Jess Hewlette joined the team several months ago to take over the Downtown location. “She joined us from the Liquor Store, and she’s got a really good flavor palette and some excellent ideas we want to highlight over the next couple of months,” says Cabigao.

The 3,500-square-foot SOBeast will feel like a “restaurant with a really good cocktail and bar program,” says Cabigao. When the original SOB moves into the Ambassador Hotel space, the two locations will parallel each other in terms of atmosphere, aesthetics, and menu. However, expect some slight variations down the line. “Eventually, we’ll have a menu sections that will say either ‘East Exclusives’ or ‘Downtown Exclusives,’” he says. “They’ll highlight our individual chefs’ styles that we have at both locations.”

With the pandemic in mind, Cabigao plans to utilize emerging technologies in the restaurant sector at the East Memphis location. While many restaurants have provided QR codes for menu access, he plans to extend that to receipts so customers can pay the bill on their phones. He also plans to make SOB’s website more robust, with an online system that sends orders straight to the kitchen for a smoother process.