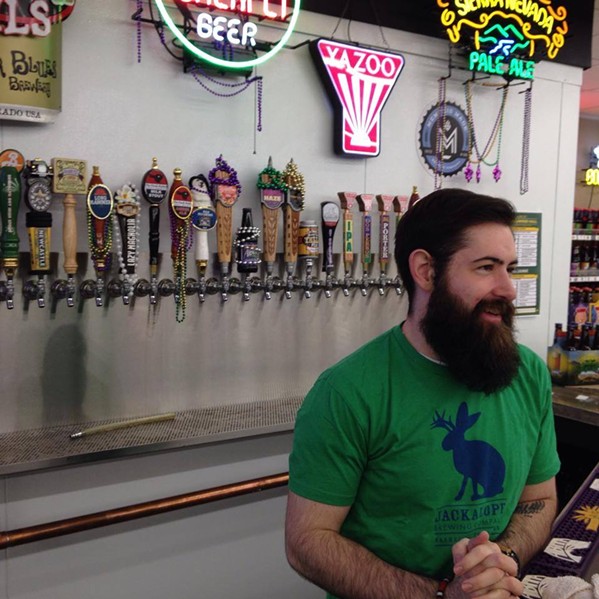 The Madison Growler and Bottle Shop, the craft beer space inside Cash Saver on Madison, will close its growler filing station after the last keg has been tapped, a store official said Thursday.

Taylor James, vice president of sales and merchandising for Castle Retail Group, the company that owns Cash Saver, said the store will continue carrying a wide selection of craft beer but will focus on packaged beer (cans and bottles) instead of growlers. The beer space inside the store will now be called Madison Bottle Shop.

James said the discussion to close the growler station has been ongoing and the decision is “not out of the blue.” The decision was made, he said, as craft beer trends have changed.

Most all of the city’s craft breweries are now canning their beers, not the case when the Growler opened in December 2013. That year, three breweries — Wiseacre, High Cotton, and Memphis Made — opened within months of one another. At the time, not much of that beer was being packaged, and the easiest way to get it was at a bar or restaurant. If you wanted to take it home, the growler — the stumpy glass jug — was the only way.

James said that has changed and “growlers aren’t what they used to be.” If packaging trends weren’t enough to doom the growler, COVID-19 stepped in.

“The growler is a very sociable beer package,” James said. “You get one and share it with your friends. We don’t really do that right now. So the sales just aren’t there as much because you can get [craft beer] in cans.”

James said all growler fills at the store are now $3 until his supply runs out. He wasn’t precisely sure when that might be but said if it lasts until Super Bowl Sunday (February 7th), he may go in and work one last shift behind the bar at the Madison Growler. The Growler’s first Sunday open was Super Bowl Sunday.