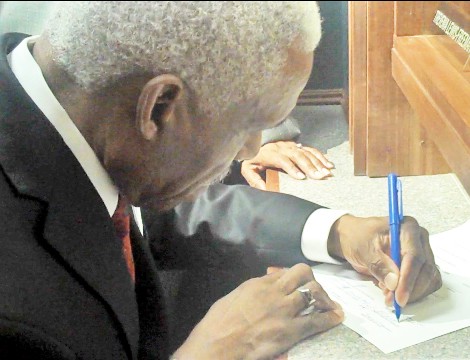 What many people imagine to be the pivotal event of the mayoral-campaign season so far — at least symbolically — occurred Thursday.

No, not the photo-op in City Hall, where Mayor Pro Tem Myron Lowery used the big pull-down screen in the 7th-floor conference room and tuned in a nationwide “video conference” on health care presided over by President Obama.

Thursday was the day that designated mayoral frontrunner A C Wharton led a parade of supporters to the new offices of the Election Commission at 3rd and Washington and pulled his petition. It was an event that attracted only slightly less attention from the media than the current Shelby County mayor will merit if, as many expect, he is sworn in as city mayor at some point after the forthcoming special election of October 15th. 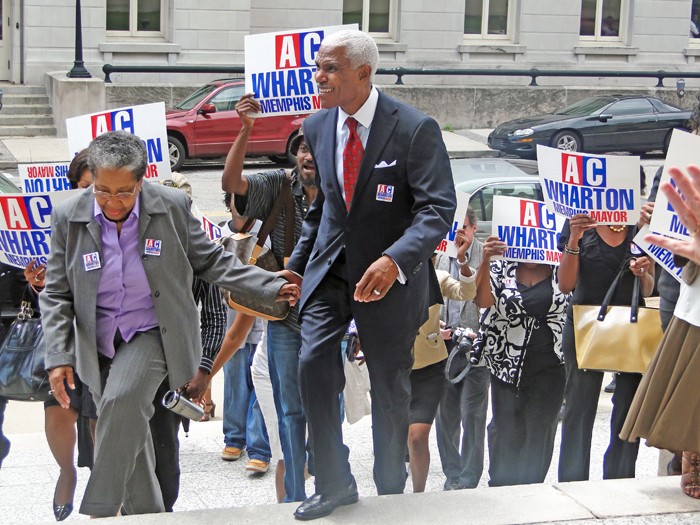 The atmosphere at the Election Commission was almost giddy, as Wharton and his wife Ruby, all grins, entered amid a chorus of cheers, and continued so as the county mayor sat down before a clerk at the glass window and did all the elaborate signing required merely to receive a petition. (Detail buffs will be interested to know that front-runner Wharton is left-handed, as is Obama, as — for that matter — is Bill Clinton.)

Afterward, he did his best to suppress what seemed to be his own natural high and promised not to be “distracted” by trivia like whether former Mayor — and possible candidate — Willie Herenton should take a drug test, as suggested by Lowery (in a throwaway line that the acting mayor indicated Thursday he maybe regretted). Or whether there are too many candidates in the mayoral race (something that, a month ago, had seemed to vex Wharton, who saw the phenomenon leading to possible “flukes” in the outcome).

All that was for “less disciplined folks,” who might “become distracted,” not for someone like himself who had “spent a lot of time in courtrooms,” said the longtime Public Defender. Nor was he worried about being sandbagged by opponents in the various debates he has already agreed to.

“What people are looking for in the roughest of times is someone who can maintain a good demeanor,” Wharton said, doing his best to so maintain and manfully trying to put away the optimistic grin that kept sprouting on his face.

He got some late help on that from Bill Dries of the Daily News, who put forth a string of wonky process questions concerning the recently proposed city/county consolidation commission. The most tantalizing of those asked Wharton to ponder whether he might end up by virtue of the election results appointing the 10 county members as well as the five city members.

A C allowed as how he didn’t think so. But even if it did work out that way, people would still be well served by the commission. “Anytime people are asked to focus on the form of their government, it’s a good thing,” he suggested.

As soon as the impromptu press conference was over, Wharton’s sizeable entourage gave up another collective whoop, and the whole ensemble left the building the way they had entered it, in a mood to celebrate. 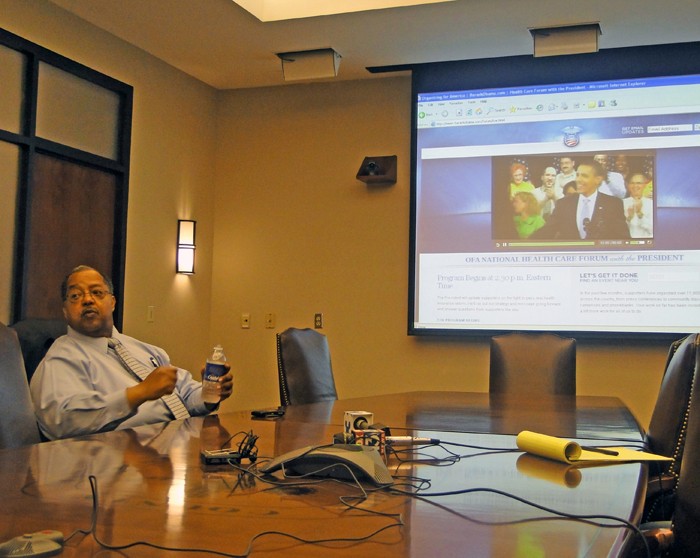